The article analyses an Italian Supreme Court decision, which stated that a cartel case decision of the Italian antitrust authority («Iaa») could limit the evaluations of a Judge in charge in the follow on private enforcement case related to the cartel already ascertained by the Iaa. This Supreme court decision is coherent with the needs of the Eu Commission to increase the private enforcement cases within the Eu. The author while considers positive any mechanism which facilitates the burden of proof of any claimant in the antitrust private enforcement cases, fears, that the principle stated by the Supreme Court, may de facto confers the a role of judge to the Iaa (which is an independent agency but not a Judge, under Italian law). Thus, the Supreme court decision could give rise to concerns of compliance with the Italian constitutional principle, which state that no one may be withheld from the jurisdiction of the judge previously ascertained by law. 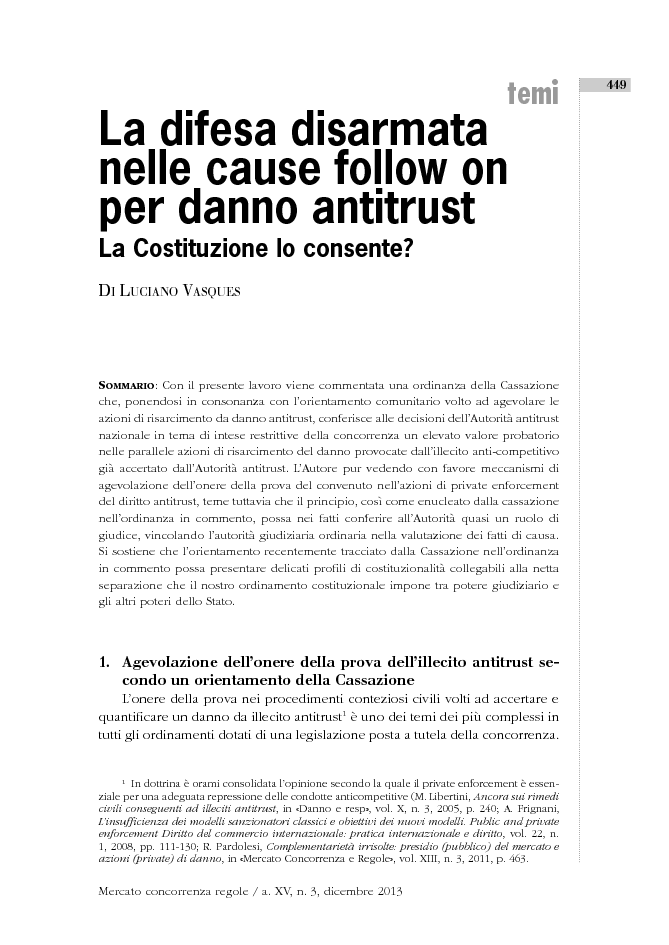