The paper critically analyses the enforcement practices of the European Commission, between 2007 and 2013, and of the Italian Competition Authority, between 2000 and 2013, focusing on the ways through which the two institutions have exercised their sanctioning powers. After having examined the purposes of the penalty system in the two jurisdictions, a quantitative and qualitative analysis on the most relevant variables is carried out. Besides evidencing the absolute values of the fines, it is placed emphasis on the relative amount of the fines with respect to the total turnover of the companies involved, taking also into account for the legislative changes that have occurred during the reporting periods. Moreover, the penalties are divided into classes according to the turnover of the fined undertakings; and it is also investigated the procedure followed by the two institutions for the quantification of fines. Finally, considerations about the ability of sanctions to properly achieve the objectives of punishment and deterrence are presented, pointing out the main critical issues and the perspectives for their solution. 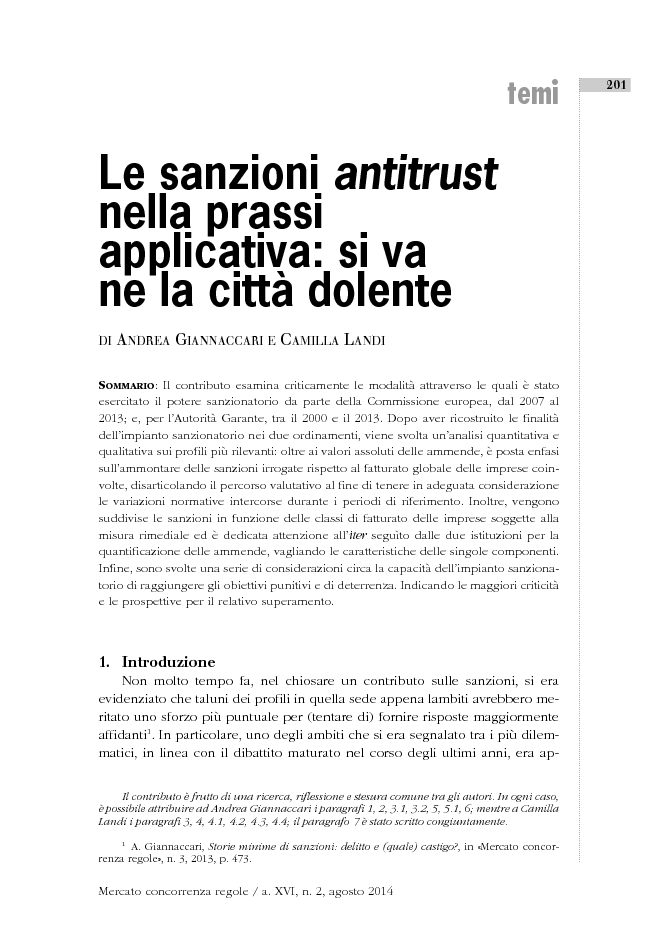