European universities, for centuries among the jewels of Western civilization, are today surprisingly weak, particularly in comparison to universities in the U.S. While this is due in part to relatively low levels of both public and private expenditure, structural problems offer a more fundamental explanation. Highly centralized state control has resulted in a system in which there is little effective competition among universities, and hence little incentive for improvement in either instruction or research. Any effort at reform of this system must confront three issues: the degree of governmental ownership, the degree of governmental subsidy, and the degree of competition. While these issues are interrelated, they are also to a degree separable. It is possible to have public subsidy without public ownership, and it is possible to have both public subsidy and public ownership while still maintaining a high level of competition. In analyzing university education, it is therefore important to keep these three issues distinct. It is important, too, to recognize that higher education is distinguished from other goods and services by its "associative" character, which has a strong and complicated bearing on the efficiency and fairness of competitive outcomes. This article offers an economic perspective on these issues, and outlines potential steps toward reform. 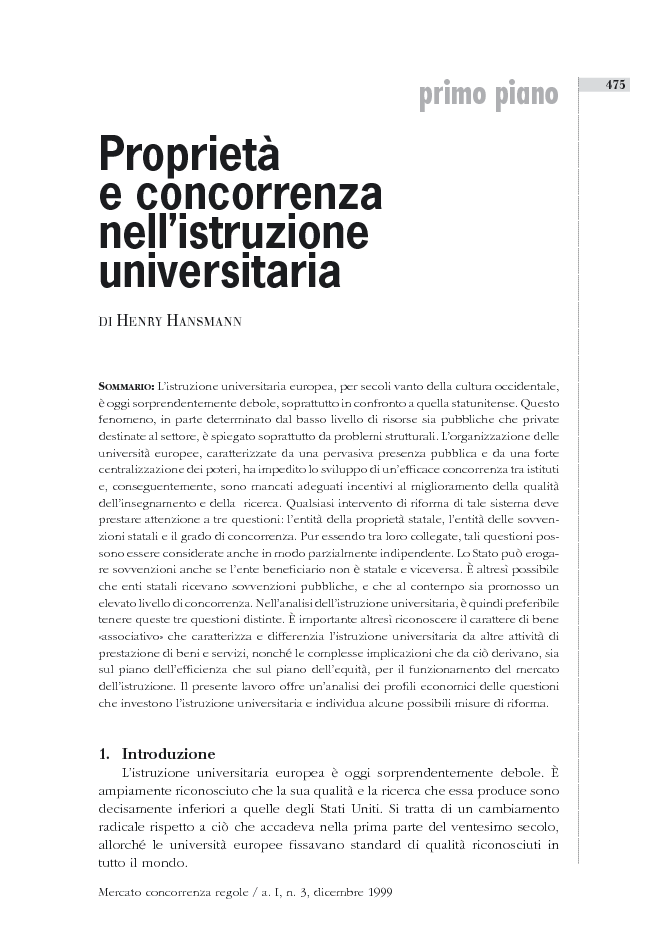