The initial assumption is that in the time of crisis legislators are more tempted to satisfy the requests of protection emerging by the society, abandoning competition principles in favor of orders more in line with specific interests. With this view the article explores the rulings of the Constitutional Court in the years 2011-2014 in the field of competition and freedom enterprise. The purpose is to understand if the supreme Court approved those legislative trends or it clamped down on them. Moreover, since the majority of the economic laws challenged in the Court was directly inspired by the Italian Competition Authority, the case-law offers also an interesting point of view for reconstructing the dialogue between the Competition Authority and the supreme Court. As result of the research, the rulings of the Court turn to be substantially consistent with the previous case-law, but also a significant alignment with the principles advocated by the Competition Authority. This dialogue between the Competition Authority and the Constitutional Court, which represents one of the principal innovations of the period, has been very positive as it has given an essential contribution to the safeguard of liberalizations; in the meantime, it hasn't succeeded in resolving some limits and inadequacies of the constitutional case-law that, already existent in the past, have been confirmed and, in a number of cases, even strengthened. 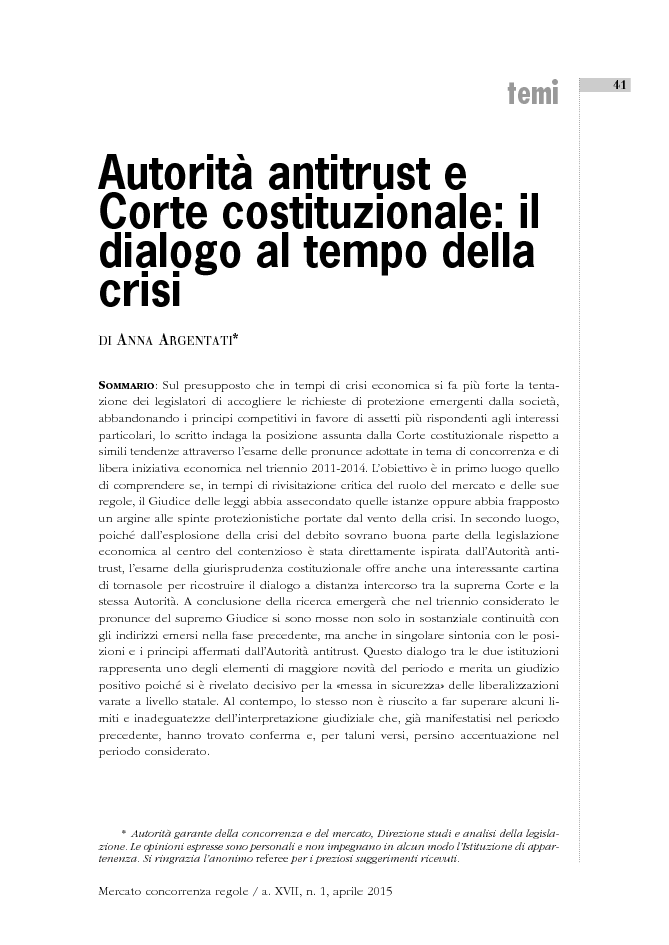