Competition problems related to television broadcasting rights to sports events have arisen only recently in Europe, with several cases decided both at Community and national level. The market structure can be analyzed through a three-level partition. Organizers of sports events controlling broadcasting rights (clubs, leagues and federations) are the first level. Television broadcasters, both "free-to-air" and "pay", are the second level. Advertisers and final consumers are the third level. Antitrust problems can be seen both for horizontal relationships (agreements or mergers between clubs or between broadcasters) and for vertical ones (exclusive rights, sub-licensing, and vertical integration). The most controversial questions can be raised for horizontal restraints between clubs organizing a league competition. Most European competition authorities see such restraints as anti-competitive; however, a different view could be based on the necessity of cooperation between clubs and on the consumer interest in seeing balanced and uncertain championship. Under this approach, horizontal restraints between clubs could be seen as reasonable and could be, upon certain conditions, exempted from antitrust liability. 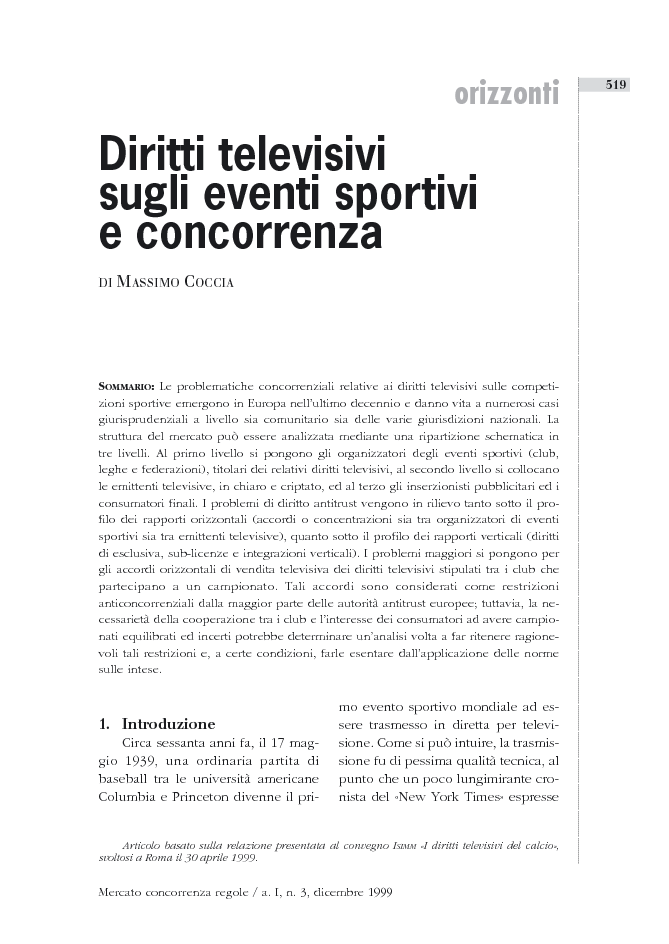