The article contains a systematic review of the most recent positions taken by the European Antitrust in the field of the bank rescues. After analyzing the relationship between banks bailout and market rules and clearly stating that the conflict between the general interests of the stability and the competition can only be resolved through a crystal political choice by the legislator, the article investigates the coherence of the Commission's decisions with the provisions of directives 2014/49/Ue and 2014/59/Ue. The result is a severe criticism of the most recent approaches that, on the one hand, contradict European legislative provisions and cardinal rules of the legal system, first of all, the hierarchy of laws sources and the democratic legitimacy of the rules; on the other hand, neglect to consider, on the ground of the competition policy, the implications of the voluntary schemes, which end up being the preferred option compared to the mandatory deposit guarantee schemes. Indeed the voluntary schemes, presented and supported as a market solution, fail to resolve the issues which are on the table currently, but exacerbate a number of paradoxes which are at the basis of the Antitrust approach, revealing a curious «heterogenesis of ends». 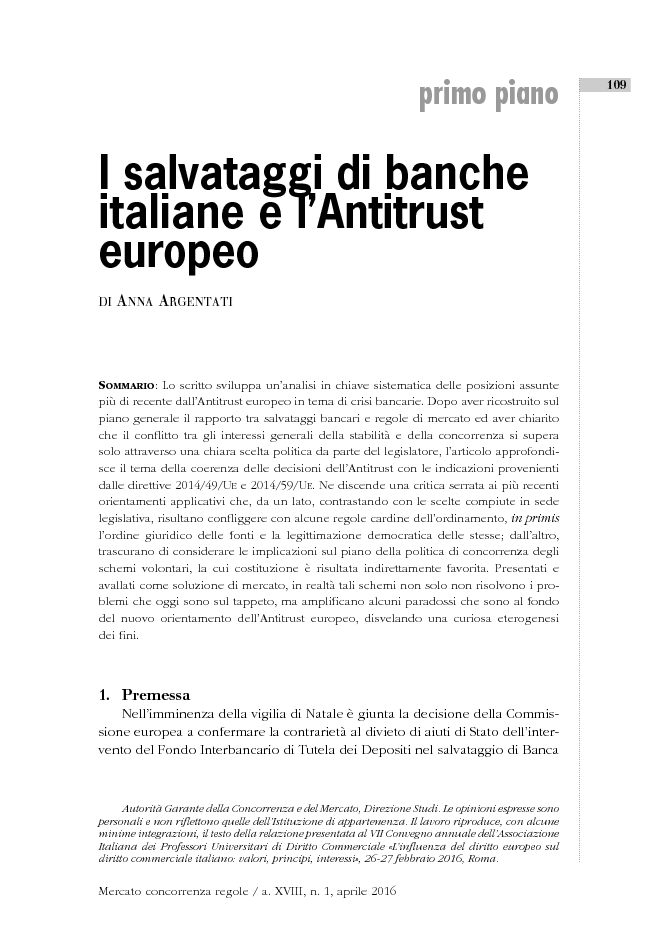