The aim of the work is to provide an analysis on the practice of the Chambers of Commerce concerning the collection and publication of the fees charged by real estate agents at the local level. The latter indeed, together with the set of rules which governs it, could trigger a vicious cycle that is likely to generate a violation of the principles of free competition, allowing, in particular, the possible alignment of prices charged by the agencies to the prejudice of consumers. In the light of these considerations, the author examines the main provisions issued by the Italian Competition Authority, which in emphasizing how the commissions published might improperly act as reference prices for the real estate market, calls for the elimination of any active role of the agencies representatives in the recognition of the commissions within the Chambers of Commerce. In this perspective, the recent entry into force on 7 August 2015, of Act no. 124, which provides for a reform of the tasks and functions of the Chambers of Commerce, if properly implemented by the Government, could represent an opportunity to apply corrective measures to a regime that seems to be in contrast with the principles of a fair competition. 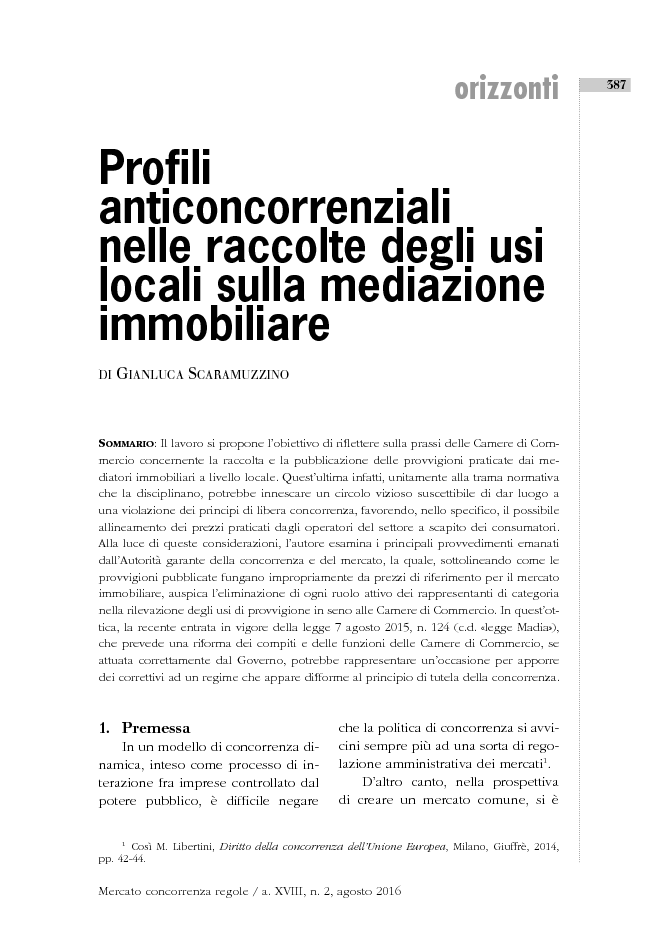