The Constitutional Court does not decide upon facts, it decides upon laws. Furthermore, in matters of competition the Court most frequently does it in the exercise of its original jurisdiction, due to which it never encounters actual anticompetitive conducts. Therefore the legal and economic culture of antitrust, formed around such conducts, has remained foreign to it. The principles the Court applies are correct, but vague and preliminary. Barring restrictive measures, eliminating barriers and promoting pluralism is fine. However not any measure that reduces the number of competitors is also restrictive of competition. Nor is any limit to the right of private initiative a restraint of competition. It depends on conditions ignored in the Court's case law, which would significantly profit from an acquaintance of the antitrust culture comparable to the mastership the Court has of other disciplines, so eloquently testified by several, excellent decisions. 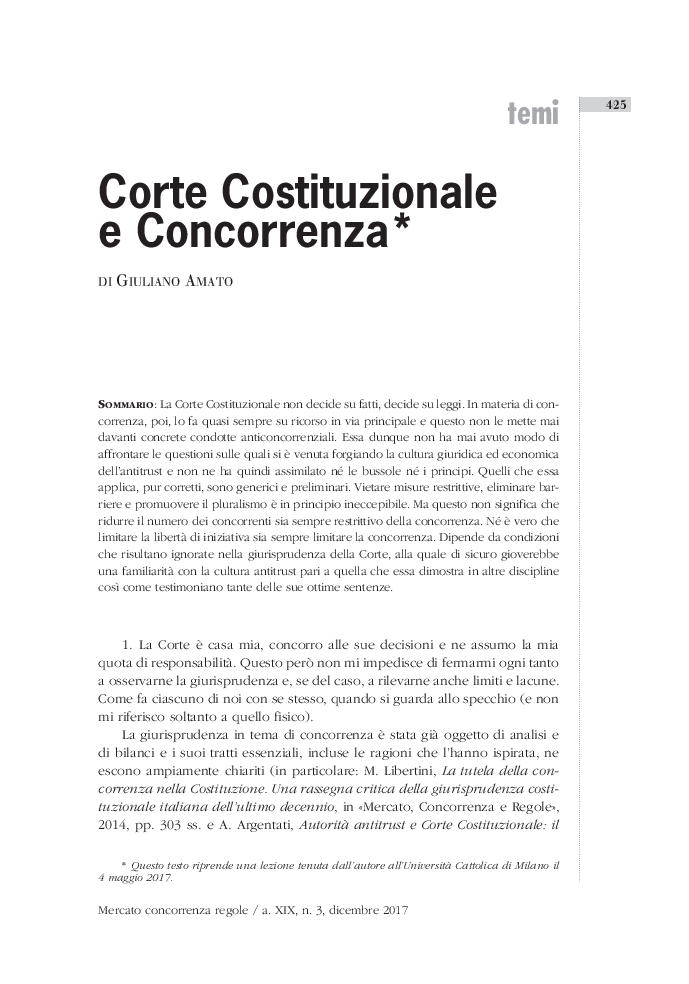