In July, the European Commission imposed on Google the highest fine ever for a violation of competition rules, over 4 billion euros, moreover one year after (it was June 2017) having imposed another fine - over 2 billions (crushing the previous record!) - on the Menlo Park giant in the Google Shopping case. The Commission this time found that Google used its own mobile operating system, Android, in order to strenghten its dominant position in the market for online search engines. We still do not know the full reasoning of the decision, but what it seems to emerge from the Commission's press release is a kind of 2.0 «conglomerate» version of the traditional relevant market analysis (and of the consequent finding of an abuse under Article 102 Tfeu) which has been made to succeed in fining Android and its «going hand in hand» with Google Search (a combination that in itself provided consumers with a lot of benefits). Has it been a new «witch hunt» in the millennials' era? The Commission seems to have first looked at Big G considering not only Android, but also other platforms that relate to it. Then, in defining the relevant market Google would have assertively abused its market power in, the Commission perhaps failed to fully grasp the cross-cutting implications of the different «sides» of the platform itself. It could in fact be argued that the conduct at stake actually brings significant efficiencies precisely because of the competitive effects produced on (different) sides of the platform, to the ultimate benefit of consumers. Hence the question: are Big Digitals necessarily bad? 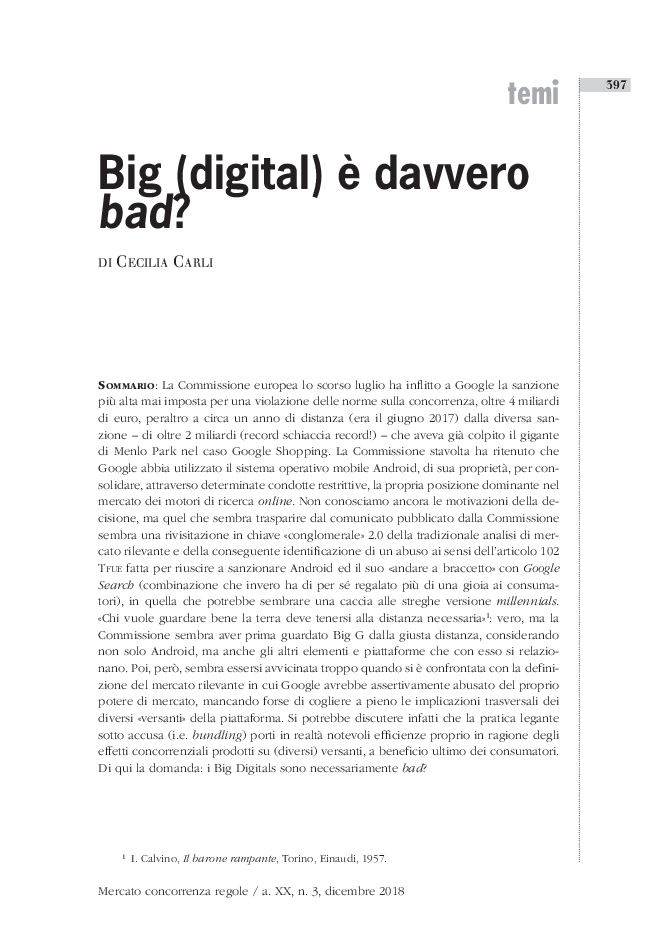