State capitalism is a mean by which the Chinese government protects its internal economy from international trade and, at the same time, expands its influence abroad. Moreover, Chinese companies are highly competitive on international markets thanks to widespread social and environmental dumping. In the face of this offensive, given the many difficulties arising from the global economic crisis, it was unlikely that Western could have sustained the costs of competition with Chinese ones without any public support: this has resulted in the issuing by Western governments of a series of measures of a substantially protectionist nature, even if in a more or less hidden form. The article, therefore, tries to examine which are the main legal instruments used by the Chinese government and to deepen the administrative and public law measures adopted in the West to react to this phenomenon, in order to understand what they are, if there are recurring models, if they are reusable in the long run and how effective they can be in the commercial war with China or, rather, counterproductive for national economies. It seems intuitive to consider, for example, that the weakening of the framework of cooperation and peaceful resolution of disputes on international markets, caused by the use of self-protection tools, will probably be disadvantageous, in the long run, for smaller States. While the larger nations like the Usa, in fact, could obtain more favorable commercial conditions and respect the principle of reciprocity through an offensive attitude, it is precisely the less strong countries that should work to defend that global common constituted by a clear and effective regulatory framework international trade, free from protectionist impulses vented by unilateral measures. 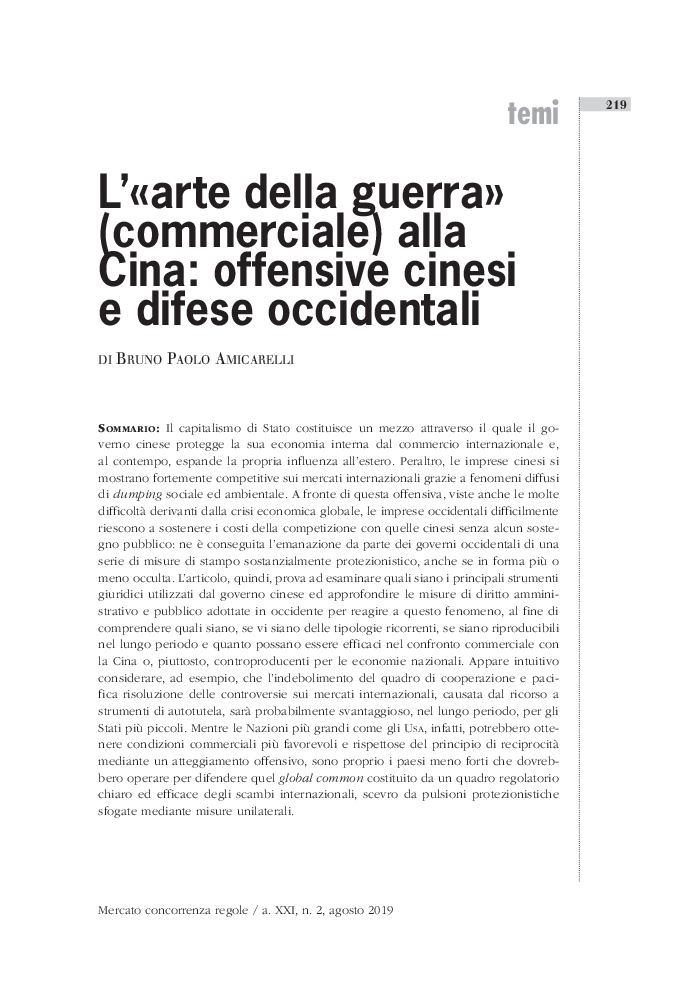