The Author highlights the real nature of Italian so-called «foundations of banking origin». These are foundations that result from the separation, as laid down by Italian law, of banking activities from charitable and public interest pursuits in private institutions that originally engaged in charitable and local development activities, but gradually also acquired a financial role and were governed by the public hand. In addition to supporting initiatives for the good of the community, qua private philanthropic foundations, they act as long-term investors. By analogy, they may be seen as «commons», belonging not to individual proprietors but to the community which contributed to generating their assets and whose interest they are called to serve. 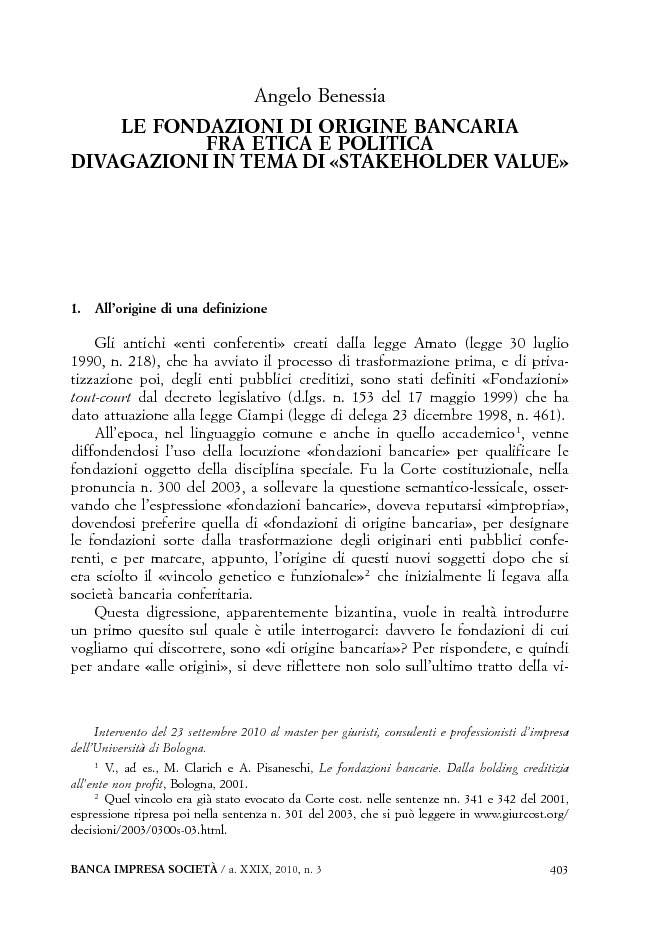