In the United States, over the last decade, credit rating agencies have benefited from a special regulatory regime that even before the burst of the financial crisis had started to raise criticism. The three main problems identified by either regulators and scholars concern first the competition in rating services market, second the conflict of interest underpinning the agencies remuneration model, third the incorporation of ratings issued by recognized credit rating agencies in several law provisions, that has made the agencies sellers of a regulatory treatment. The purpose of this paper is to assess the responses given to such regulatory problems by both American and European regulators with a particular emphasis on EU Regulation No. 1060/2009, which for the first time provides an extensive regulation of credit rating agencies in Europe. Hence, the paper examines the implications in terms of efficiency of the provided regulatory solutions in order to understand the extent to which the new European way of regulating rating problems could be regarded as satisfactory and effective. 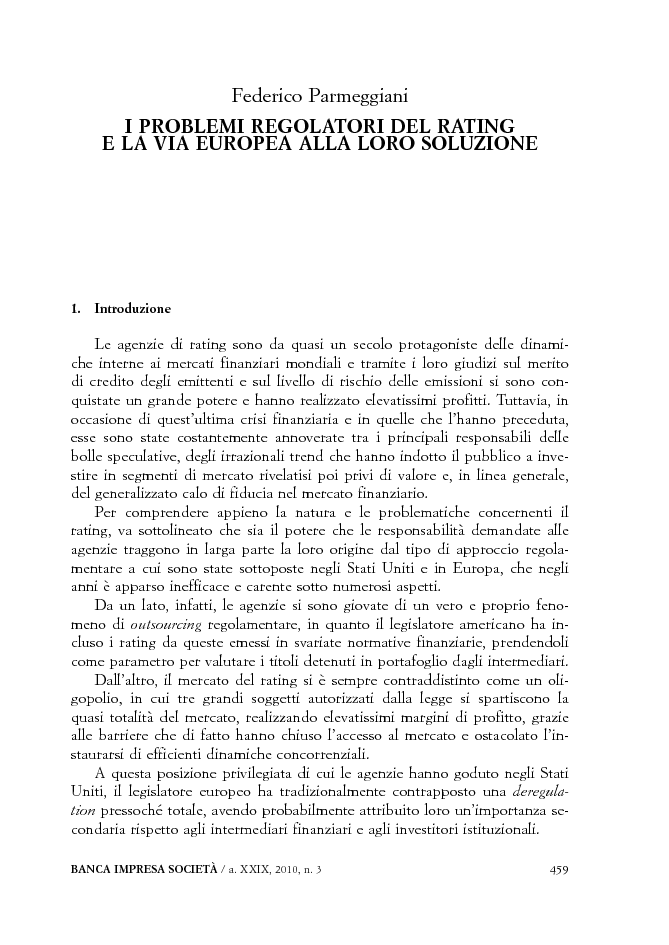