This piece aims to provide a general overview on the recent Italian «Testo Unico della Revisione», about the liability rules of the auditors. Statutory auditors, as gatekeepers, are key players for European financial markets. The collapse of Arthur Anderson in the aftermath of the scandal involving US energy provider Enron led to a highly concentrated market for corporate auditing. From the perspective of general liability laws a protection of auditors from catastrophic losses is an unequal treatment of auditors compared to other professions. It follows that not every form of liability limitation will be justifiable. It is clear, for example, that a liability limitation can only apply to negligence and not to intentional wrongdoing. However, it is not clear whether a liability cap is meant to apply only for claims of the audited company or also for direct claims of shareholders or creditors of the company. In addition, the new Italian rules do not clarify most of the questions arisen out from the previous discipline, such as the internal liability among the co-debtors. The legal regulation is also inconsistent in term of preventing the misconduct of the auditors. This opinion is confirmed, for example, in relation to the lack of any reference in the d.lgs. 231/2001 of the new provision of the «Testo Unico della Revisione». Further to this legal inconsistency, the auditing firm (such as any belonging to the best known «big four») cannot be claimed for the damages occurred to the client company during the auditing review conducted by any of the statutory auditor. 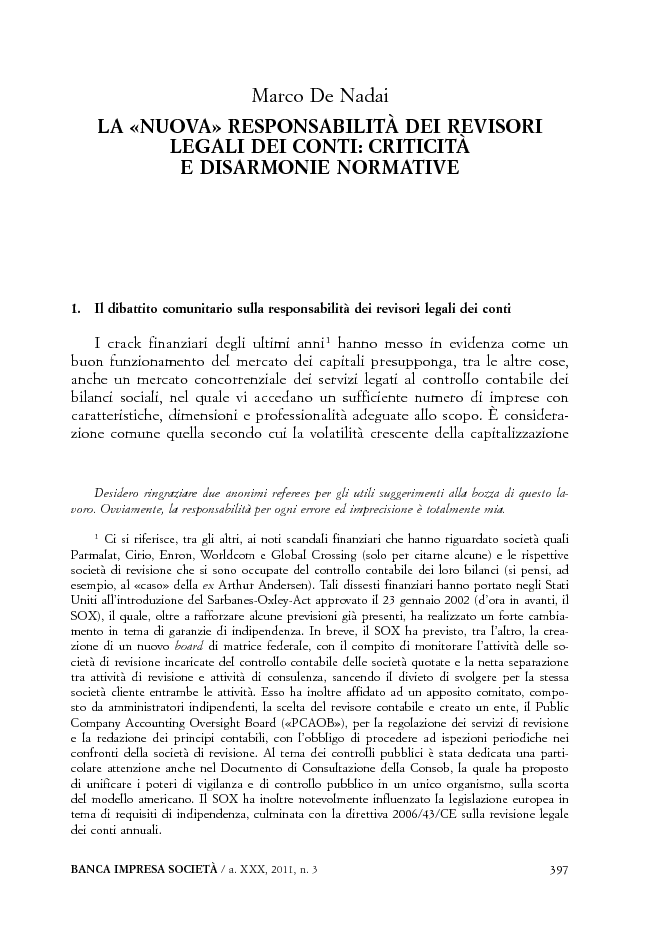