Fiscal consolidation programs adopted by several advanced economies seem to have gone «too far too fast» jeopardizing the feasibility of the same austerity plans. In the Eurozone, problems induced by fiscal adjustment have been magnified by the perverse links between sovereign and banking crisis. Increasing sovereign spreads have dramatically affected the monetary policy transmission mechanism, altering the cost and availability of credit between the PIGS and core Europe. In this scenario, the institution of a single supervisory mechanism (within the ECB) for banks in the Eurozone has been recently proposed. This proposal is the first crucial step in creating a European Banking Union and strengthening the working of Economic and Monetary Union (EMU). There are several good reasons justifying this sovereignty-transfer of supervisory tasks related to financial stability. At the same time there are a number of major impediments - both of economic and political nature. The paper is a short survey of the main aspects related to the creation of a European Banking Union, with a focus on the role played by SIFIs - financial institutions that are too interconnected to fail. The ultimate picture is not very encouraging. Even assuming that sovereignty-transfer of supervisory tasks will take place by the end of 2013, three big issues are still unsettled: a) which institution is going to be the manager of banking crisis? b) when a deposit insurance mechanism inside the Eurozone will be effective? c) which type of additional regulatory framework will be defined and implemented with reference to SIFIs? 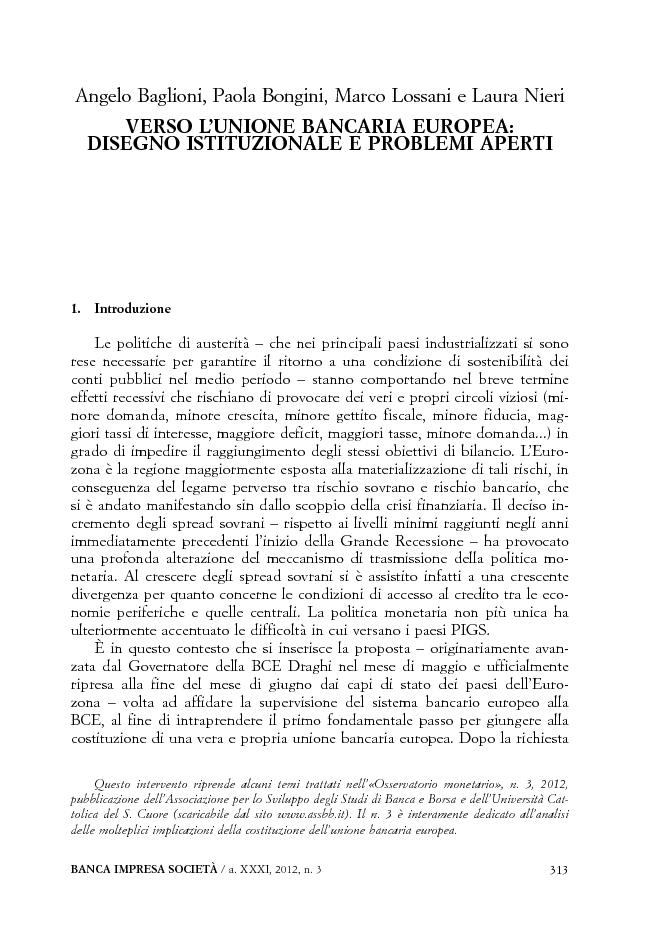