Policy makers and public opinion are very interested in forthcoming modifications to the institutional architecture of the European banking supervision. However, the improvements to this institutional architecture do not cover the whole area of the interventions put in action to face the financial crisis. A new Directive and a new Regulation - the so-called CRD IV package - recently released by the European Union aim to deal with the problems stemming from the fragmentation of the prudential regulation adopted by the Member States. The CRD IV package also addresses the need for an unified toolbox available to all the national competent authorities responsible for banking supervision. The paper analyses the following points. First of all, the main features of the Italian Banking Law are closely examined. In this respect, great attention is paid to the toolbox originally provided for the Bank of Italy by the Italian Banking Law released in 1936, that allowed intrusive controls over banks, exerted with a view on the overall financial stability (the so-called structural approach). Then, the increasing importance of the Basel Committee Recommendations and of the subsequent European regulation of the banking industry are highlighted, and the different approach underlying the new Italian Banking Law released in 1993 (the so-called regulatory approach) is explained. The toolkit available to the Bank of Italy is then evaluated and some of his limits investigated - namely the need for specific tools in order to deal with the stability of the financial system as a whole. The financial crisis has urged new interventions. At the European level, a new uniform toolkit has been made available by the CRD IV package, including both corrective measures and sanctions. The CRD IV package also introduces a stronger regulatory framework for the corporate governance of banks and other financial entities, and addresses the concerns for financial stability with a view to systemic risk. Furthermore, the European Union has recently proposed a Regulation - based on the the so-called Liikanen Report - setting out rules on structural changes for "too-big-to-fail banks" (TBTF), that would impose a ban on speculative activities carried on by those entities. The CRD IV package and the new proposal on structural measures to improve the resilience of credit institutions will be put in action within the new institutional architecture arising from the SSM Regulation. The prospective interference among the ECB and the national competent authorities will be faced taking into account the general clause of fair cooperation among the SSM members. As a final remark, the need for further coordination among the Authorities in charge of financial supervision, in order to face appropriately the increasing interconnectedness among financial entities, is addressed. 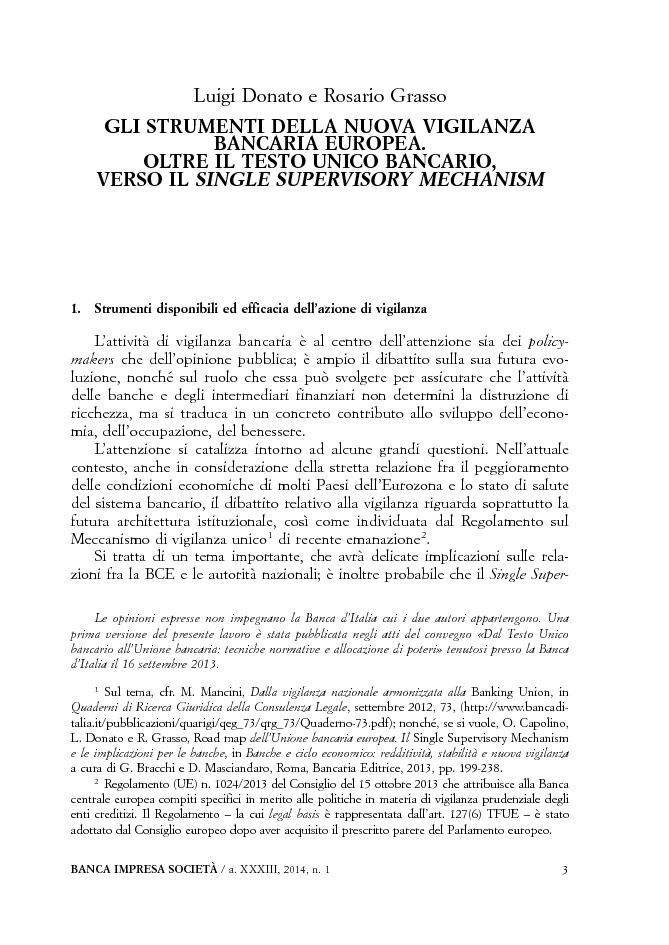