In the Middle Ages, marriage is the ground of confrontation among different religious and secular instances and paradigms. During the twelfth century the matter is partly dominated by the juridical and theological reflection of the Church, defining its essential characteristics, its conclusion, and its consequences. In those years, Chretién de Troyes, the greatest medieval poet before Dante, makes conjugal love the protagonist of many of his works. The analysis of certain nuptial scenes taken from the most famous compositions of the Champenois triggers interesting reflections also about the moment more properly juridical and the reception of the different matrimonial models. 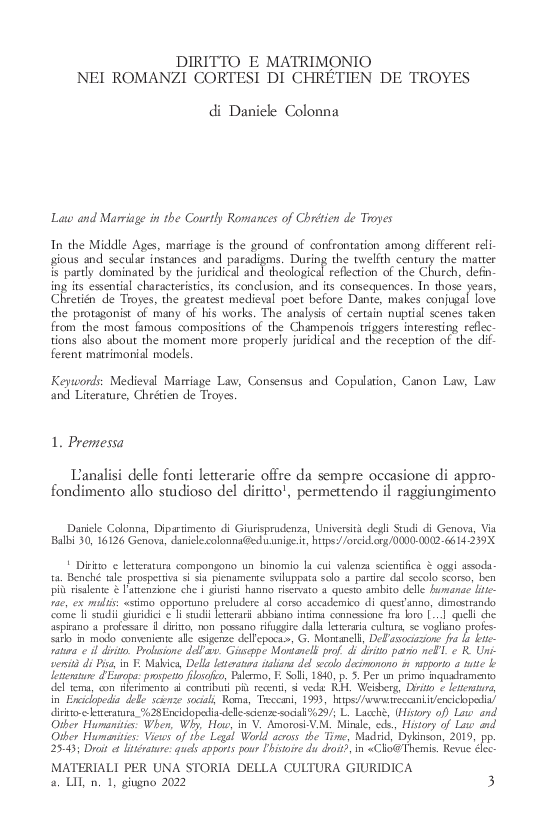