More than two decades have passed since the legal formalization of the category of unaccompanied foreign minors. Over time, numerous legislative initiatives have attempted to systematize the matter, whose fate is uncertain and subject to political conjunctures. Thus, the definition of a specific law (Legislative Decree No. 147 of 2017) for this category of minors has been greeted as an important step towards more stable paths of integration for young migrants. But is this really the case? Personally, I am skeptical. Rather, as I will try to show in this article, I think that the succession of normative integrations has chiefly determined the stabilization of a process – whose starting point was the initial institutionalization of the foreign-unaccompanied minor – in which the absolute precariousness of the social and legal status of migrants is definitively sanctioned. 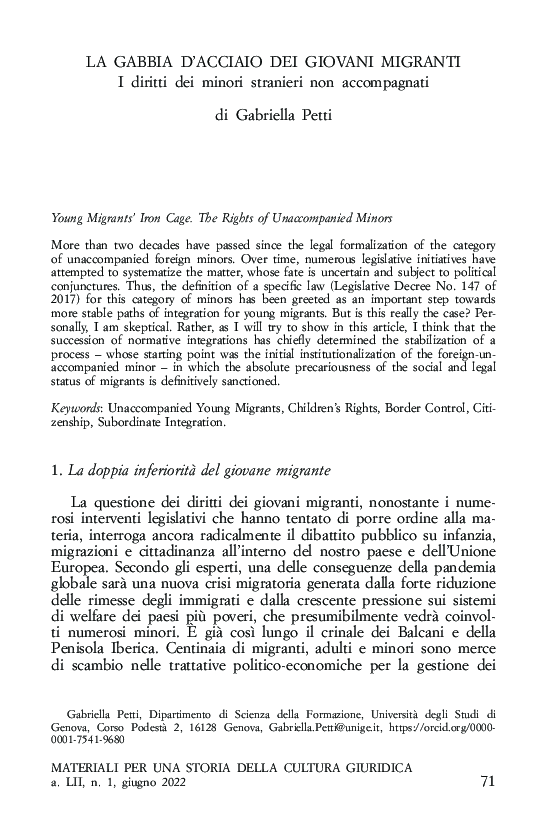