This contribution critically analyzes Ronald Dworkin’s New Philosophy for International Law, by underlying how his theory of law as interpretation, if transposed to the level of the relations between states, shows some weaknesses which are mainly connected with the ideal nature of its fundamental assumptions. After having introduced the fundamental aspects of Dworkin’s reflection on international law, the specific contents of the particular principles – of mitigation and salience – that Dworkin places at the basis of his vision of international law are critically examined in the face of the prerogatives of contemporary national sovereignty and in relation to the structural limits of human rights. Migration policies in the Central Mediterranean Sea are therefore taken as an example not only of how far the contemporary condition is from accepting the normativity of Dowrkin’s theory of international law, but also of how fragile its assumptions can be, even revealing themselves to be counterproductive precisely with respect to the objectives which Dworkin set out to achieve. 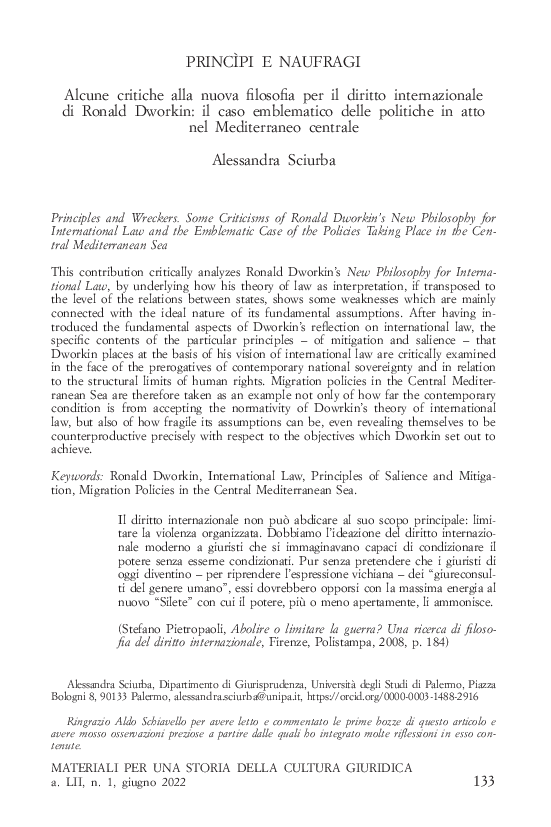