This is a contribution to the reflection on human/animal and nature/culture oppositions from the perspective of cultural anthropology. The aim of this article is to analyse categories and classifications commonly used by both common sense and scientific discourses to define our place, as humans, in «nature», our relationships with the environment and with (other) animals as well. The epistemological tenets which lie at the base, and at the origin, of our dualistic tradition of thought will be addressed, starting from the analysis of what two New Social Movements - Environmentalism and the Animal Rights Movement - have in common and in what they differ. The two Movements' basic paradigms will also be examined. 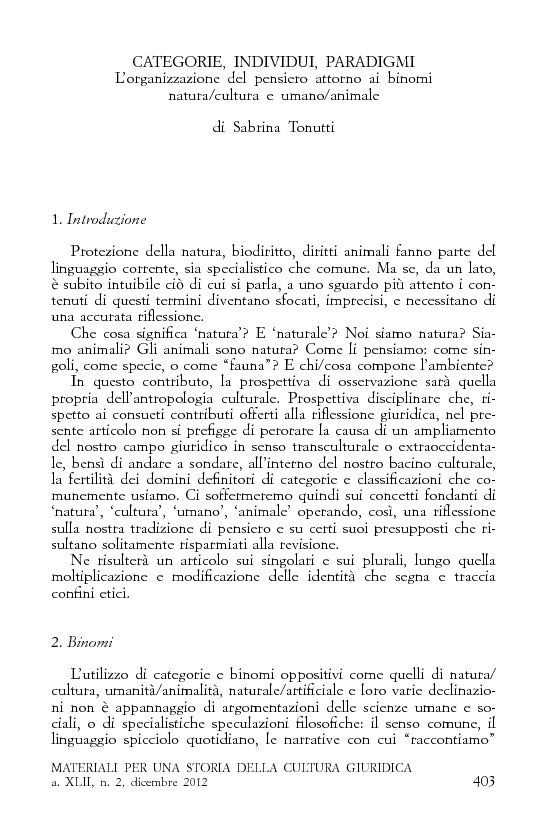