In the Eighties and Nineties, some trials against Nazis and their allies promoted the reconciliation of the European memory with the history of the Holocaust. Thanks to media coverage, public opinion recognized the widespread responsibilities in the genocide. In this paper, the author retraces the key moments of the memory resurfacing path by focusing attention on the French case. In particular, the author deals with the trial of the collaborator Paul Touvier and also refers to some jurisprudential disputes arising from it. The main aim consists in demonstrating, through the reconstruction of an emblematic affair, the importance of the role of justice in the recovery of censored memories. 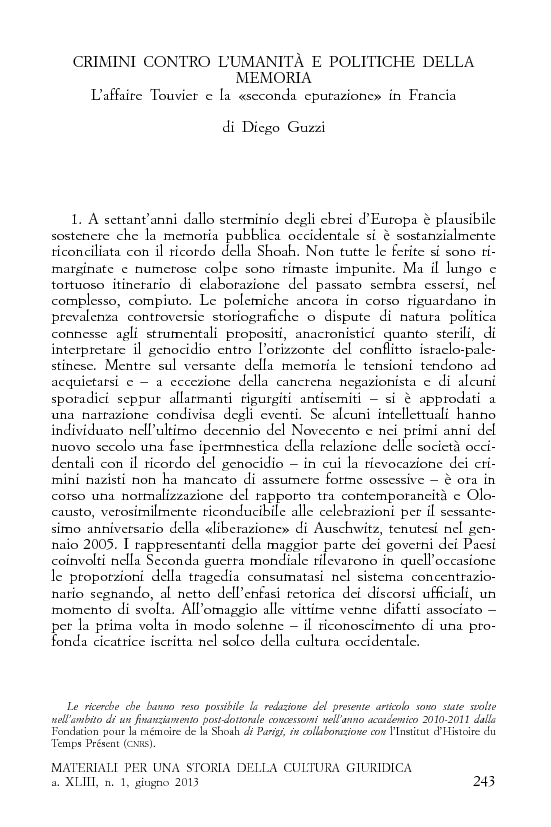