According to the Islamic feminists, several Muslim-majority countries have seen in recent years a wave of gendered policies which prosecute as zina, or fornication (that is, extramarital sexual intercourse), various types of behavior. This has paradoxical results especially concerning rape: victims of rape are often sentenced (even to death), while the rapists, if prosecuted at all, get acquitted. From the Islamic feminist point of view, the «zina ordinances» are a consequence of a patriarchal (and non-religious) ideology, which considers women as mere sexual objects. The author points out that the same patriarchal treatment of women seems to emerge from some criminal judgments involving Muslim women and Muslim men, issued by European courts in relation to cultural defense. 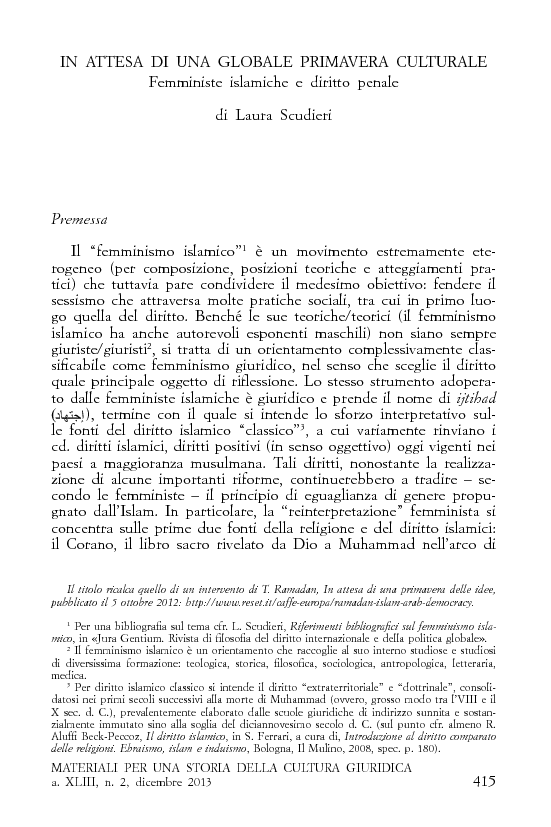