In the eighteenth century, the courts' increasing tendency towards moderating punishments stands in stark contrast to the often caricatured descriptions of philosophers. But the latter's call for a mild criminal law has a different meaning, one that is autonomous because it refers not to the magistrates' practical considerations but to the law itself, in the name of the principle of legality. Therefore, the fight for criminal moderation, in practice as well as in theory, constitutes a veritable threshold, both synchronic and diachronic: the passage of an era and a battleground between progressives and conservatives. 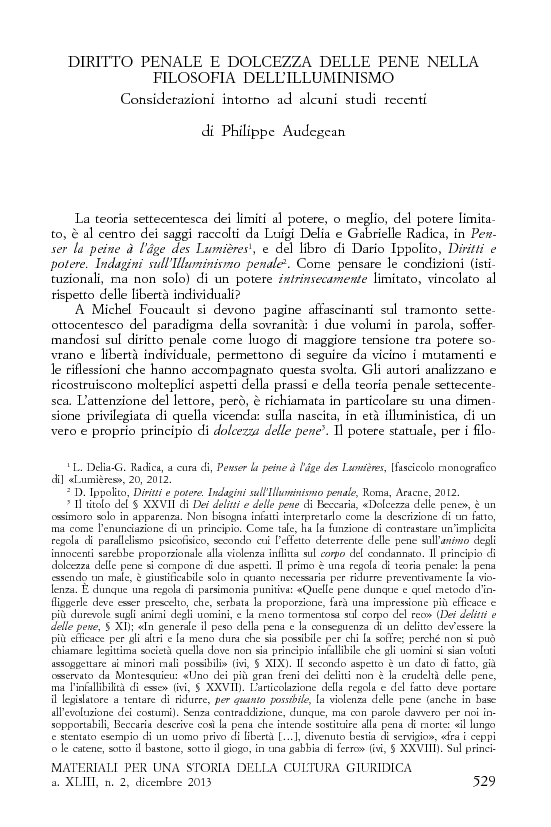