This paper aims at providing a comprehensive overview of the jurisprudence of the European Court of Human Rights on the relationship between family and homosexuality, namely on the interpretation of Articles 8 and 12 of the Convention, in order to highlight some limitations in the Court's approach to this matter, which seems to reinforce instead of challenging the heteronormativity of the civil society and of the law. Despite the recognition of the homosexual as a subject of rights, the Court has refrained (and refrains even now) from making any overtly positive statement about homosexual love and same-sex couples, avoiding any explicit promotion of the idea that homosexuals have the same value as heterosexuals. Regarding Article 8, the Court has consistently attempted to maintain a clear conceptual distinction between private and public manifestations of homosexuality,. In relation to Article 12, even if the Court finally stated that same-sex couples must be considered to be a «family» in 2010, it deferred the question of same-sex marriage to states' margin of appreciation, so implicitly justifying any marriage inequality politics. 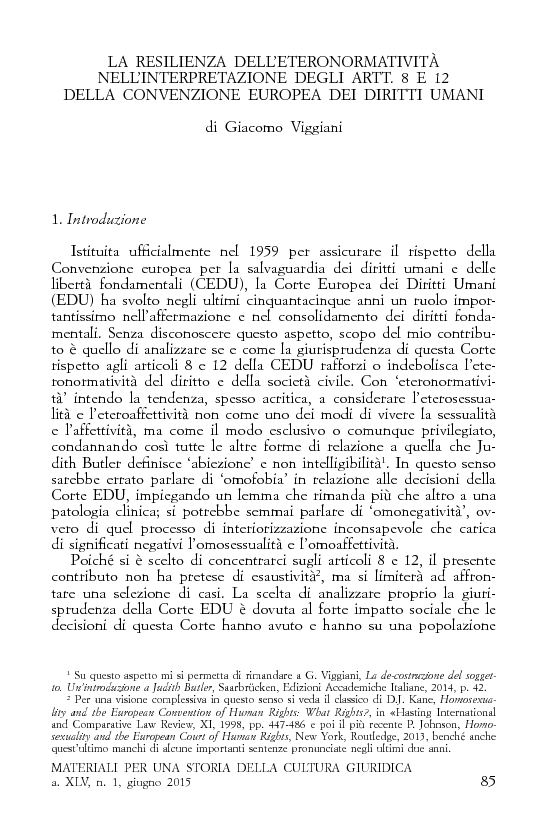