Our hypothesis is that governance is a construction of Social Market Economy, current expression of neo-liberalism, which produces civil society as a «governmentality's device» (Foucault). After describing, in the first paragraph, the way in which governance has emerged in the public debate and in literature, and the criticism it has engendered, the second paragraph examines the governmental strategy of neoliberalism that, reconfiguring the "homo oeconomicus" as an entrepreneur of himself, seeks to extend the economic rationale to each social behavior shaping the texture of social life in the form of enterprise. The third section deals with the analysis of Ordo-liberalism, a variant of neo-liberalism on which the Social Market Economy is grafted. In the concluding remarks, we try to demonstrate this thesis by the exemplification of procedures, practices and discourses through which governance works. 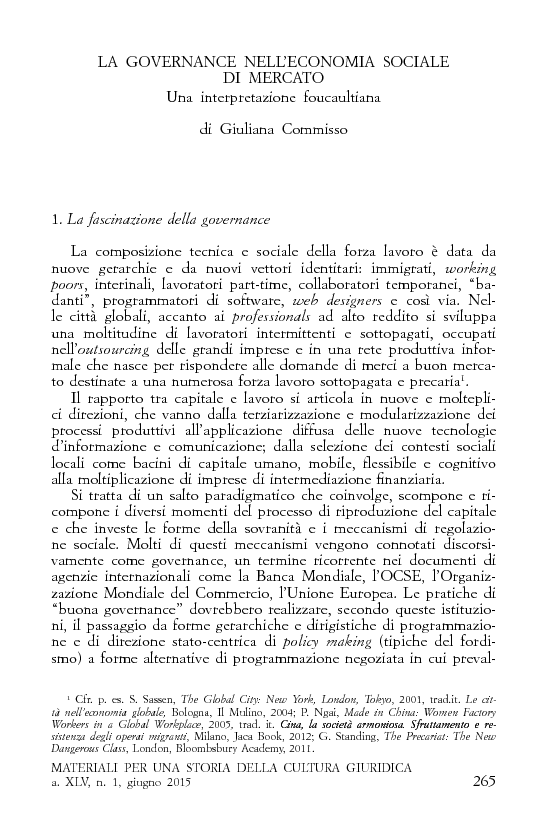