The more or less known writers of the Restoration, far from only been considered for their not too original, conservatory and counter-revolutionary thinking, triggered the debate of the problems already formulated by the traditionalist Ultramontanists, that would result in the cultural trends of neo-Guelphism of Gioberti and Rosmini on the one hand and neo-Thomism on the other. These two fundamental, yet different ways of thought are the results of the restoring catholic culture. Within this wider perspective, less limited by fusions of ideas, and by asphyxial and sterile doctrines and theological schemes, some authors, even if ignored by general historiography (like Maistrelli, an unknown professor of philosophy from Trento), can give their testimony of the debate about the notion of modernity. 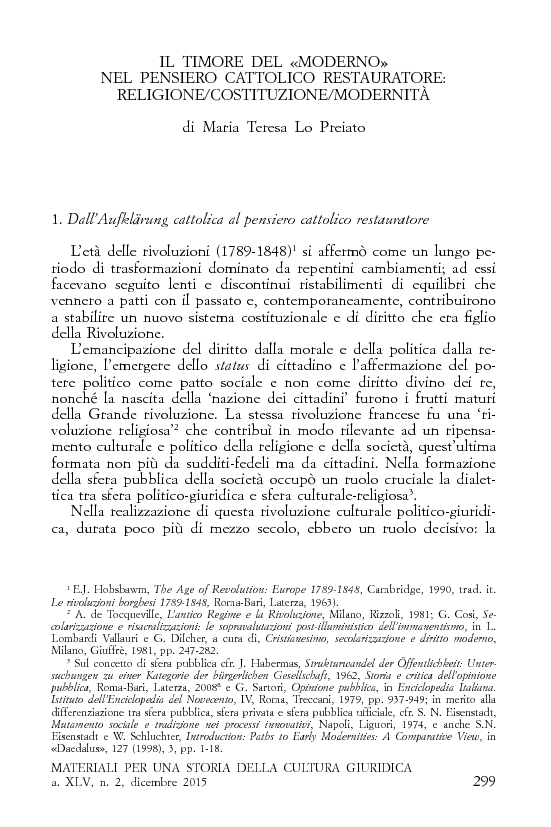