In Brazil, the last decades were marked by an increasing interest in legal history, a subject previously neglected in the Brazilian universities. Taking as a stepping stone the book of Gustavo Siqueira, the article outlines a short history of Brazilian legal history, in whose context the methodological issue proposed by this book is examined. In fact, Siqueira proposes to construct a "critical" legal history grounded on the concept of "cultural anthropophagy", which was developed in Brazil during the Twenties, under the influence of the European avant-garde. It is therefore necessary to explain the Brazilian "anthropophagical movement" and afterwards to analyze its application to a specific event of the Brazilian history - the railroad strike of 1906 in the State of São Paulo. The question therefore arises about the boundaries between this critical legal history and traditional academic subjects, like sociology of law or contemporary legal history. In order to facilitate the comprehension of Siqueira's arguments, large passages are translated from his book, and, finally, his basic methodological assumptions are discussed. 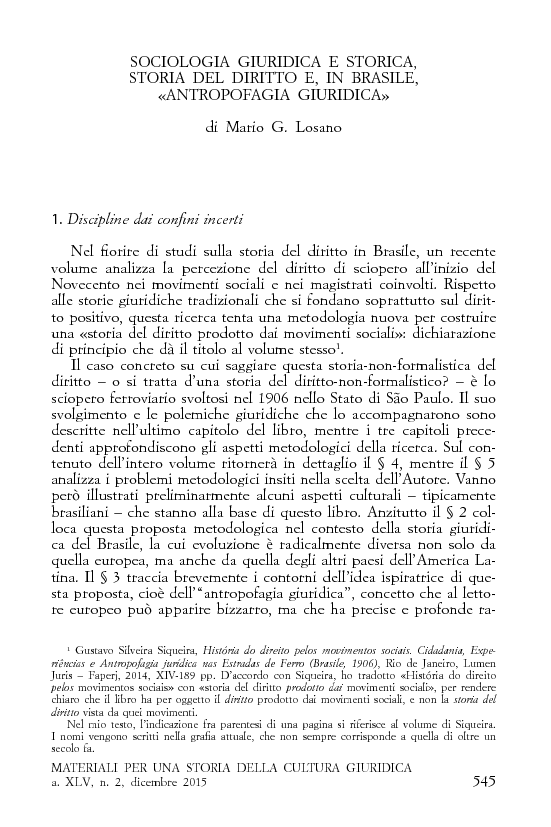