Russian culture has been shaped through an epochal confrontation between a radical absolute political power and the resistance tried by communities suffocated by a bureaucratic and militarist oppression. This story begins with Ivan the Terrible and takes shape with the huge modernization effort made by Peter the Great. It is then followed by the epic but tragic event of the Bolshevik revolution and its aftermaths, Leninism and Stalinism. This autocratic tradition however is vehemently opposed, and Russian culture, especially literature, is a vehicle for such a rejection, starting for instance with the poetry by Pusˇkin. It is also quite telling that "classical" anarchism finds its roots in this Russian cultural context, and here it is given two of its most formidable expressions, Bakunin's and Kropotkin's, not to forget Tolstoj's powerful oeuvre. The article intends to shortly follow and reconstruct, and give a meaningful narrative of, this story, which is far from having been given its end. 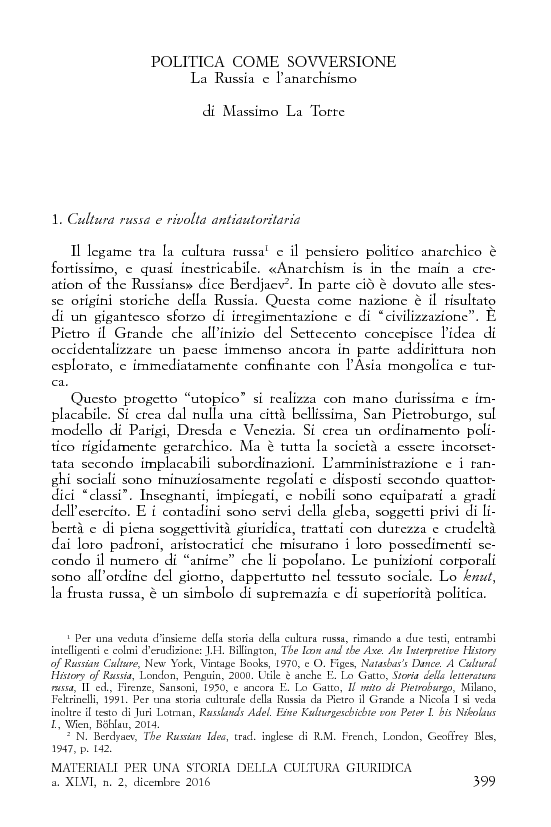