In the last two decades of 20th century the history of Criminal Law grew significantly. Mario Da Passano, who trained at the school of Giovanni Tarello, was a protagonist of that season. He addressed his research in three directions: legislation and codes between old and new regime, particularly on coding projects because these showed more clearly the distance between intention to reform and effective reforms; social history of crime (first of all with regard to Sardinia in 19th century), because he believed that legal systems are closely linked to economic and social structures, mentalities, deviances; the dark side of punishment, coercive instrument of political control and source of further marginalization. This paper attempts to settle the Da Passano's extended bibliography, in order to reflect on legacy of Genoese historian and on evolution of criminal history in the last decade. 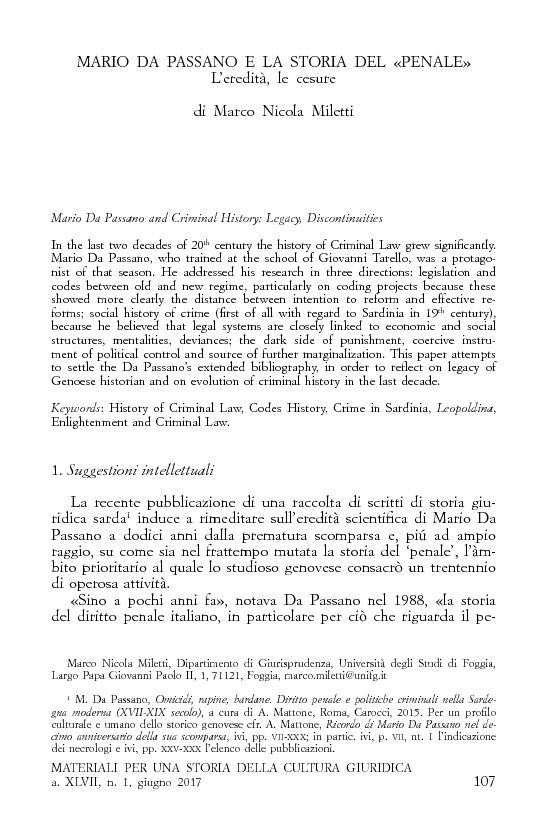