The formalistic conception of law and legal reasoning presented by Frederick Schauer in "Thinking like a Lawyer" seems at odds with a widely discussed topic regarding legal rules and legal reasoning: their "defeasible" character. This paper will introduce an analysis of the strong thesis that all legal rules are "substantially defeasible" through the evaluation of Schauer's ideas on the over-inclusive character of rules. The theses that will be maintained are basically four: first, that the differences between over-inclusiveness and defeasibility are broader than those Schauer acknowledges; second, that substantial defeasibility has the consequence of turning rules into useless tools for practical reasoning; third, that there is at least another interesting application of the idea of defeasibility in law, connected with the burden of proof, that shall be labeled "procedural defeasibility", and fourth, that even in case we had reasons to accept the strong thesis of substantial defeasibility, the admission of the central idea of procedural defeasibility lessens the problematic consequences of the first. 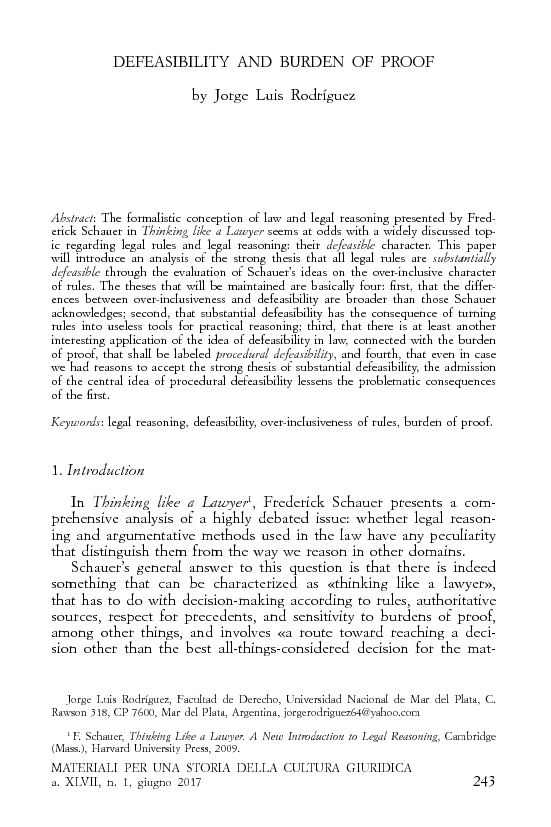