The article primarily aims at offering a theoretical reconstruction of the fundamental characteristics of the so-called crimmigration strategy, as it appears in Italian law. The author's main thesis is that what differentiates this strategy from the ways in which Italy has traditionally dealt with undesired foreigners is not so much the instruments that are deployed, but the way in which the foreigner him/herself is conceived: not as an individual, but as a "mass-foreigner". The paper goes on to show how this new conception has affected the legal regulation of expulsions, as it has emerged, in Italy, during the last thirty years. Finally, the author tries to locate crimmigration within the context of the broader political conceptions that underlie it, by showing that certain key political concepts (such as those of border, security, sovereignty) take on a different meaning when used for crimmigration purposes. 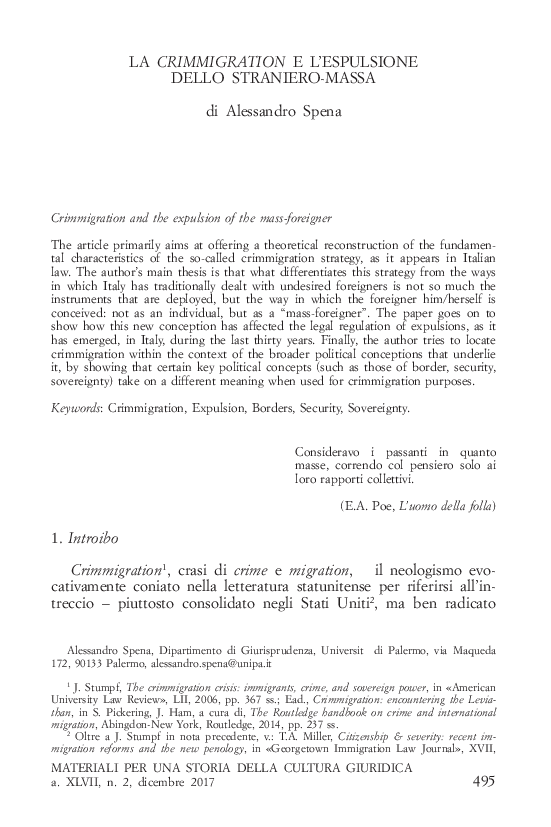