The aim of this article is to provide an analysis of LD of 17 February 2017, no. 13, on «Urgent measures for accelerating the proceedings related to International protection, as well as for fighting against illegal immigration». Such a decree was then converted, with amendments, into Law 13 April 2017, no. 46, which introduces a new type of detention for migrants refusing to be identified, going through photographic and fingerprint surveys. Whilst overcoming some criticism also highlighted by the Strasbourg Court, the reform still raises many issues - such as the legal framework of hotspots - that shall be up to case law to solve, following an approach which respect migrants' fundamental rights. 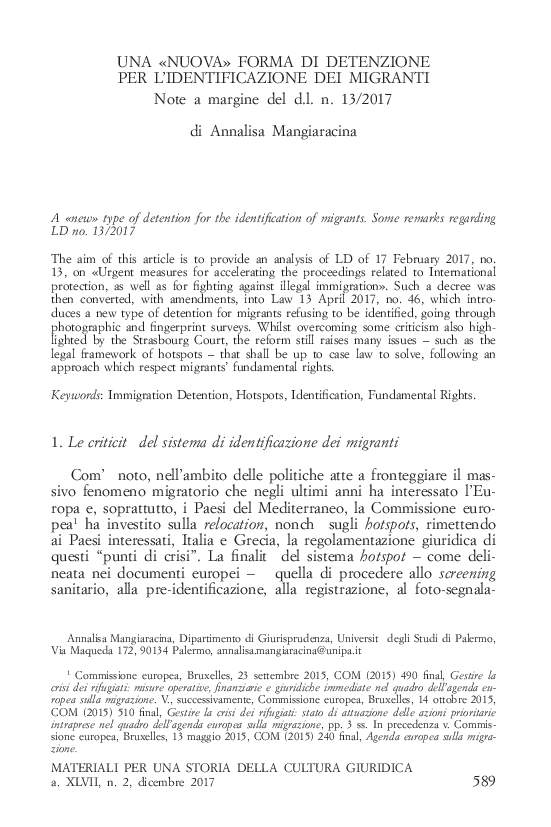