In the contemporary debate self-ownership is frequently invoked to claim the full disposal of bodies and freedoms, either for free or for payment. In this article, the author goes back to the origins of the concept, particularly to John Locke's conception, highlighting two fundamental characters: the inalienability and the "ius excludendi alios". These characters, which can be detected also in subsequent formulations, are strictly linked to the status of a free and accountable person, where freedom is understood as non-domination by others, is guaranteed by inalienability and accountability is possible only for a free person. In its original conception self-ownership appears as a space of limited disposal, removed from contractual relations, which does not undermine personal freedom, but, on the contrary, does make it possible. 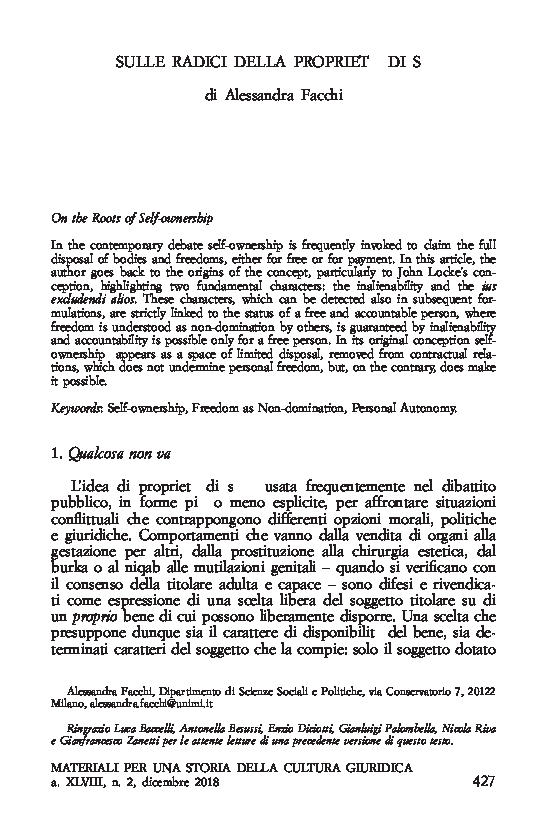