This article reports psychological experiments that corroborate the following account. Deontic reasoning relies on mental models of possibilities in a deontic context. Because these models represent what is permissible rather than impermissible, individuals commit predictable fallacies in reasoning from certain sorts of deontic premise. Contrary to a tradition going back to Hume, humans reason in order to make moral judgments. Their inferences can be rapid, intuitive, and based on a single model, but they can also be slow, deliberative, and based on alternative models, as when they resolve a dilemma. Humans have an innate system of basic emotions, which is inherited from our evolutionary ancestors. These emotions are elicited by primitive cognitions that are too crude to distinguish between causes and enabling conditions. The distinction calls for a deliberative inference so subtle that some learned jurists have not realized that the two concepts differ in meaning. Unlike factual propositions, moral propositions have a striking relation with emotions. People love those moral propositions that they believe, and hate those that they disbelieve. The effect can be elicited from the mere substitution of the word ought for is in an assertion. In sum, a comprehensive theory of deontics must account for meaning, reasoning, and emotion. 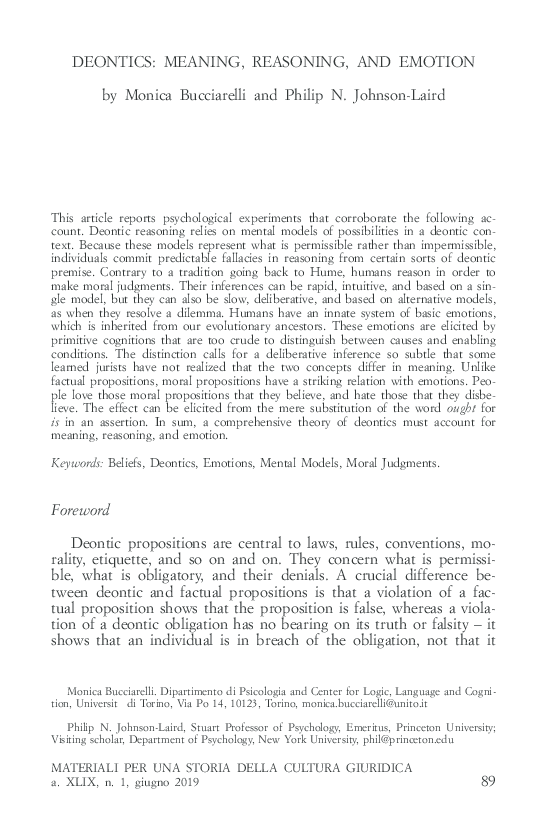