Starting from law understood as "prudentia iuris", rather than only as "more geometrico reasoning" (Giambatttista Vico), Lucio D'Alessandro reviews some crucial themes that underlie the birth of modern law, presenting them as topical, useful to understand also contemporaneity. From the topicality of some Greek tragedies to legal enlightenment, from the symbolic of «maternal law» to the symbolic of nature and the environment, from the studies of Michel Foucault on the social and juridical norm to the forms of artistic representation that reflect the various stages of Western juridical history, the author concludes «with Santi Romano» supporting the thesis that there is no possible division between juridical culture and society, between juridical system and social order/disorder. On the contrary, it is only and exclusively society that renders law possible. 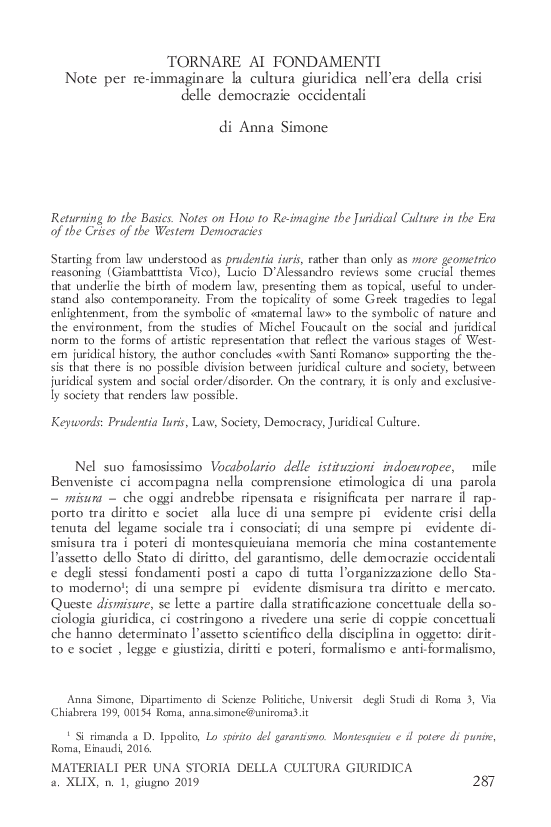