The beginnings of fire insurance in the Italian area can be traced in the Habsburg territories, strictly pressed by the Kingdom of Sardinia. After the Restoration, the gradual opening to a monetary economy and the Industrial Revolution imposed an overall rethinking of the insurance activity, which led to the attribution of autonomous dignity to the sector, until then ancillary to maritime insurance. The tariff and risk-sharing agreement in the field of industrial and similar risks, created in 1842 by the companies of Trieste and Milan, greatly contributed to the development of modern fire insurance. The agreement, consolidated at the national level after Ital- ian unification, survived the new century and two world wars in a broader and renewed form. 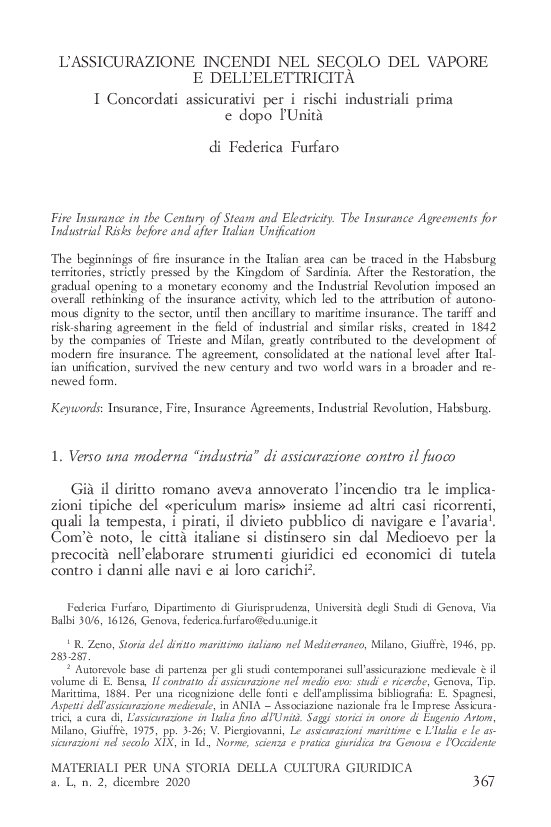