AI systems – the most relevant in this analysis is machine learning – give a chance to know and therefore face concrete reforms in public administration through the creation of quantitative and qualitative standards which must be considered as essential tools of public organization. If one coordinates the enormous availability of data, which creates the data assets of public administration, with the analysis power of AI systems, predictability of public decision would be the outcome, on the basis of the historical patrimony, which forms the data lake, of the administration itself. In this way, the technical standard created by the use of the algorithm will make it possible, for example, to free public employees from the most alienating jobs, leaving to human intelligence the correction of errors and the control of standards, and to artificial intelligence the detection (or revelation) of inconsistencies and inefficiencies. The results of AI-based analyses provide the ground for public agencies to redefine their standards of administration according to their levels of capacity and suitability derived from data processing. The research ends with a reflection on the concrete opportunity to reform provided by AI; a real digital revolution of public administration with which derives a new way of administration, i.e. by algorithms, which requires a review of certain principles of public administration, starting with the unaccountability of the political decisions’ matters. 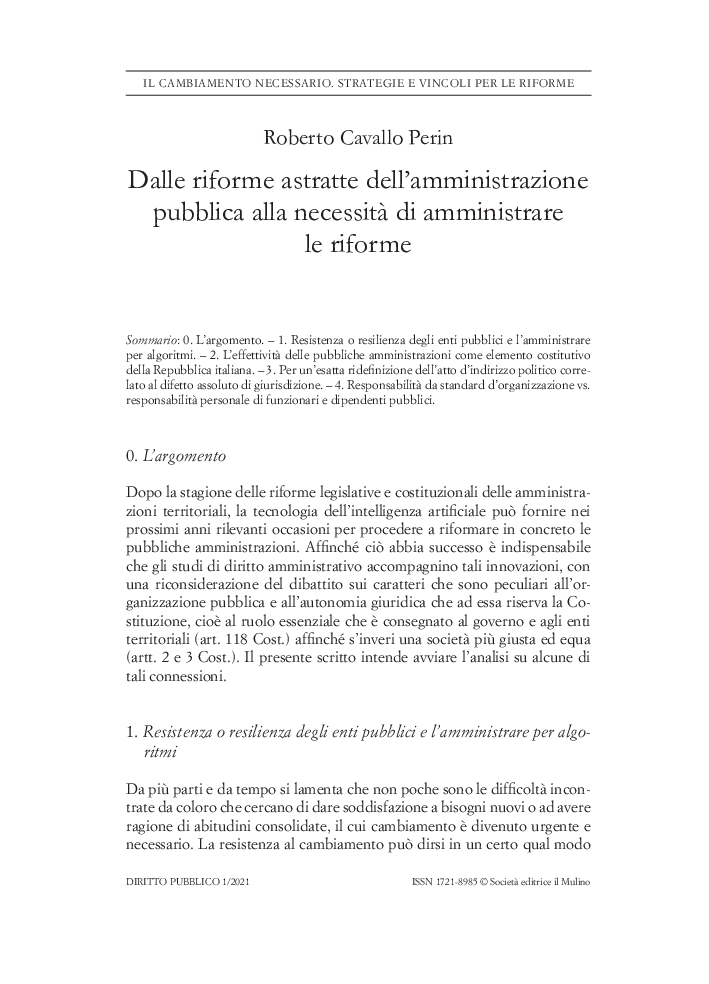