In the European constituent experiences of the post-war period a revival of natural law conceptions took place. This return of natural law was, however, charged with different meanings and followed different paths within different national contexts. In this essay, an attempt is made to offer an overview of the constitutional debates in France, Italy and West Germany with particular reference to natural law issues: the precedence of the human person, social pluralism, human dignity, unconstitutional constitutional amendments. Alongside the critical reconstruction of the debates is an inquiry into the reasons that brought the law of nature back onto the scene in those years and those that caused its decline afterwards 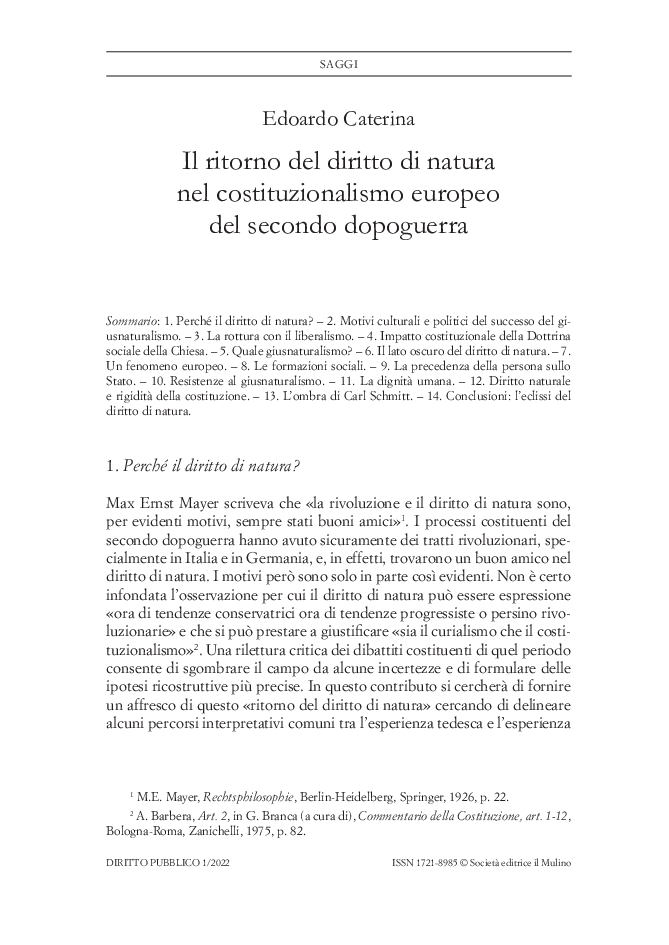