The work aims to recall the role played by Mr Einaudi, President of the Italian Republic, when the electoral law of the Camera dei deputati (Lower House of the Italian Parliament) was amended in 1953. The objective of ensuring the stability of governments can, according to Einaudi, be achieved by an electoral system with single member constituencies, but also by correcting the proportional system through the introduction of a national premium. However, a premium to the coalition that has obtained a relative majority is, according to Einaudi, a “leap in the darkµ. A premium that would allow the winning coalition to reach the two-thirds quorum envisaged for the constitutional revision should also be excluded. Thanks to Einaudi’s punctual and reasoned intervention, the proposal for the revision of the electoral system drawn up by the De Gasperi government had from the beginning its well-founded consistency with the constitution 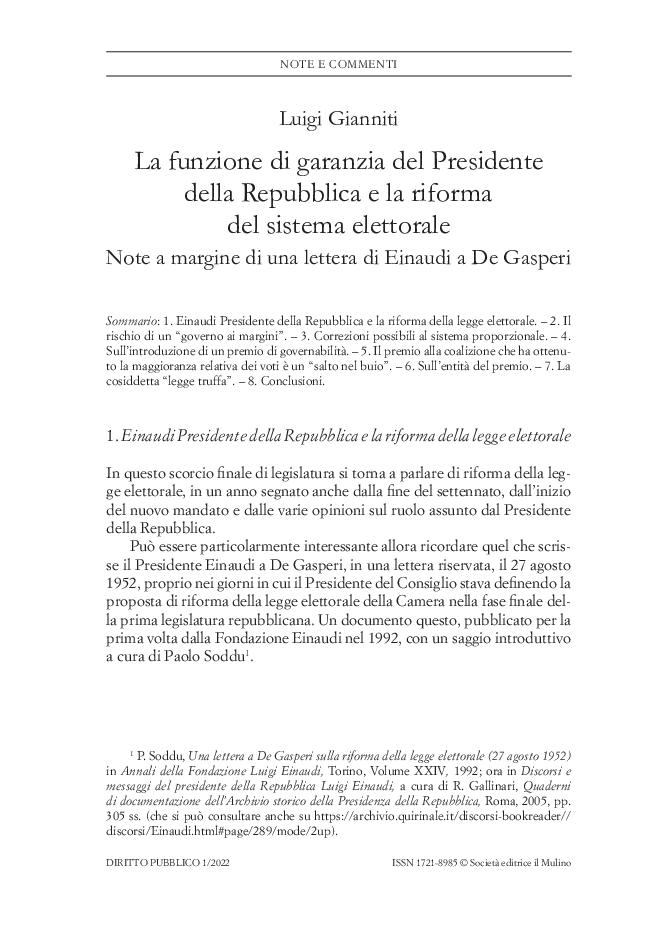