The paper deals with the so called «dutiful ex officio annulment», especially with the reconstructions aimed at equating the power to withdraw administrative acts as an instrument of alternative dispute resolution. This topic will be examined with reference to the reasons used to affirm that the public administration doesn’t have the duty to start a withdrawal procedure upon private request. The analysis will show some critical issues in the «dutiful ex officio annulment»: specifically, the existence of legal interest in the review is doubtful, and the power of self-annulment is, also, unable to represent an example of effective alternative dispute resolution mechanism. In light of these matters, the paper infers that ex officio annulment cannot be equated to a judicial remedy available to citizens. Their demand for justice, on the other hand, can be satisfied only by means of administrative remedies truly set to protect subjective positions, as well as through judicial proceedings 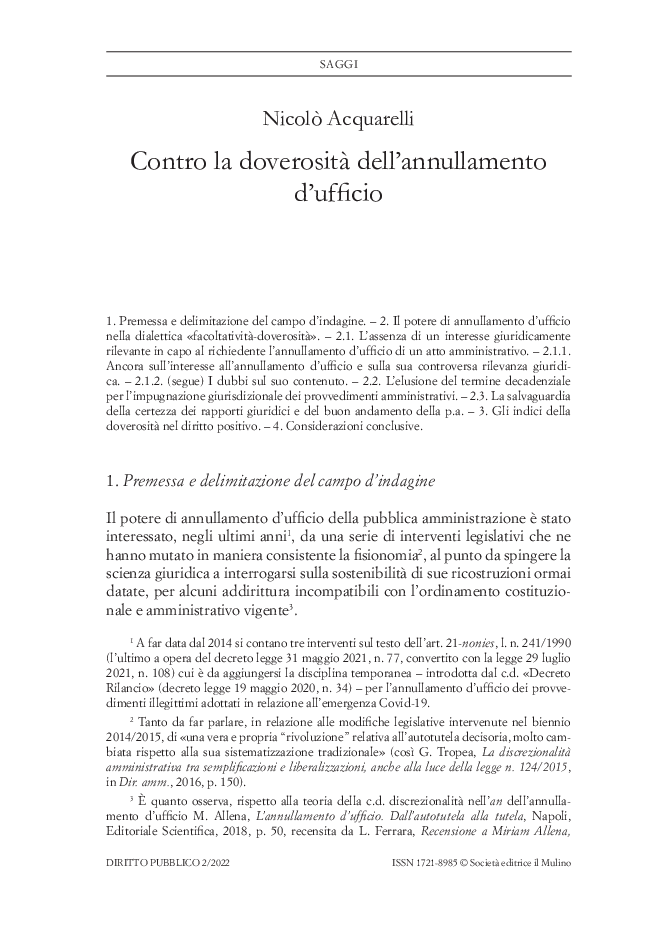