This essay proposes to measure the denotative and connotative force - that is, the range and intensity - of the expression 'majority democracy' obviously in reference to the scientific exigencies and purposes of constitutional law. As the author observes, political science has elaborated the notion of majority democracy for the very purpose of describing the actual functioning of the English parliamentary form: majority democracy is the Westminster model. Every other democratic experience different from the English one is said to be 'majority' if its politico-institutional dynamics coincide exactly with those of the Westminster model, or if they approach them to a high degree. Taking for granted that for some time now the real dynamics of the Italian form of government have been moving in the direction of the majority principle, the author asks himself what is the utility of this prognosis for the science of constitutional law. It is observed that the majority democracies are not necessarily included among the rationalised forms of government, which is to say among 'those forms of government that tend to organise the constitutional institutions in such a way as to discipline and keep under control the use made of them by the political forces', and that the attempt to artificially induce majority regularities by means of constitutional rules aimed at rationalising the form of government may lead to naught, or even encourage dynamics much different than those observable in the English model. In substance, the destiny of the concept of 'majority democracy' is the same as for the notion of 'political direction'. It follows its fortunes and reflects its decline. If it is therefore true that we are headed toward a single model of democracy, it is not at all certain that the direction taken is determined by the paradigm of majority democracy. 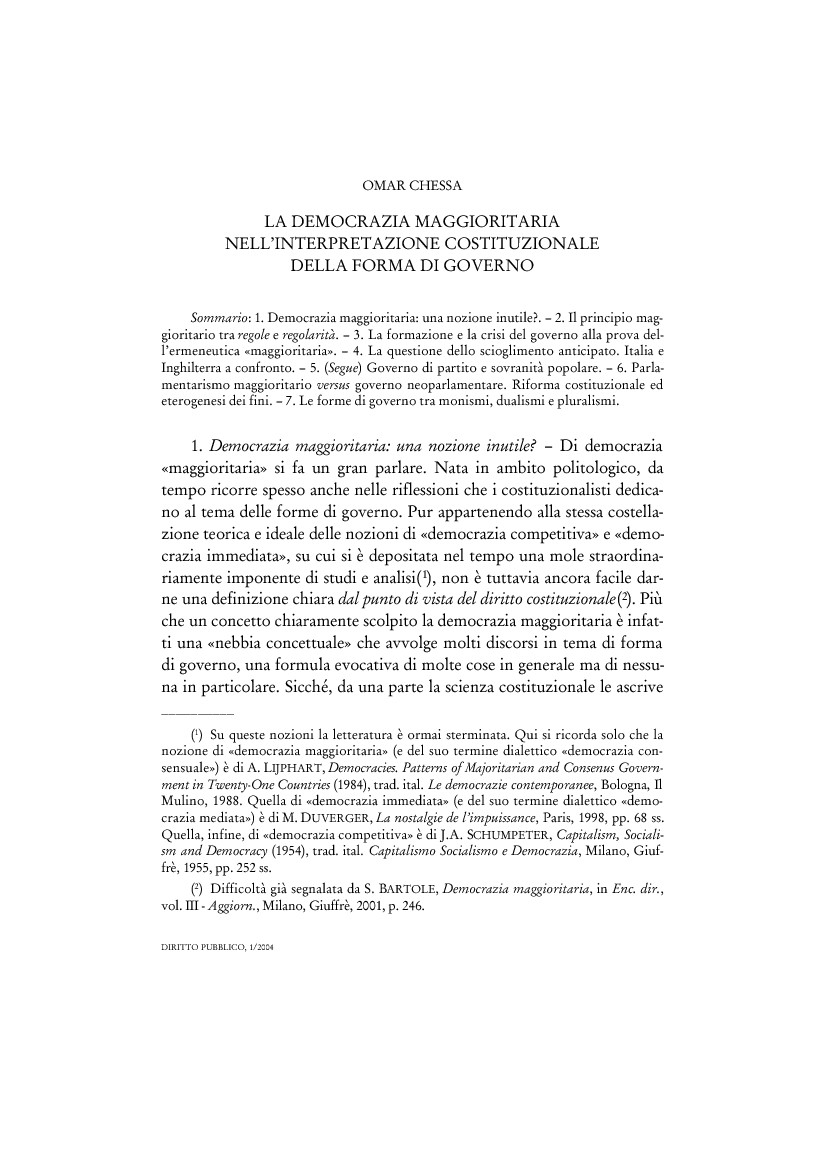