Just as with all other sectors of public economic interest, the concept of 'public service' is present in the television system; however, in this case its significance differs from the others. First of all, the European Community allows Member States to grant public companies the exclusive right to supply public services without there being a control as to compatibility with EC rules (except for the matter of the prevention of commerce among States and the limit of proportionality). Furthermore, many reasons - both legal and de facto - lead us to make a distinction between the concept of public service within the context of television and in other sectors. One is that, on the whole, broadcasting services touch on issues related to freedom of thought and expression, as well as the right to receive fair information from a plurality of sources. Television services are, therefore, closely bound up with the culture, language and democratic framework of each single State. Due to these characteristics, television utilities seem to be much more akin to a social service than to a traditional public one. The presence of public law, in fact, is required when it comes to gaining access to different cultural, social and political sources in order to guarantee pluralism in television programmes of both public and private companies. In the case of Italy, while a State concessionaire is in charge of public television services, at the same time a wide range of public services, such as the news and political communication, is also handled by the private sector. With this in mind, the present article - while agreeing on the need to maintain the concept of public service and special treatment with regard to the television media - analyses the possibility of change as a result of the new jurisdiction of Italian regions, the obligation of competitive rules, the financial system and the 'digital revolution.' 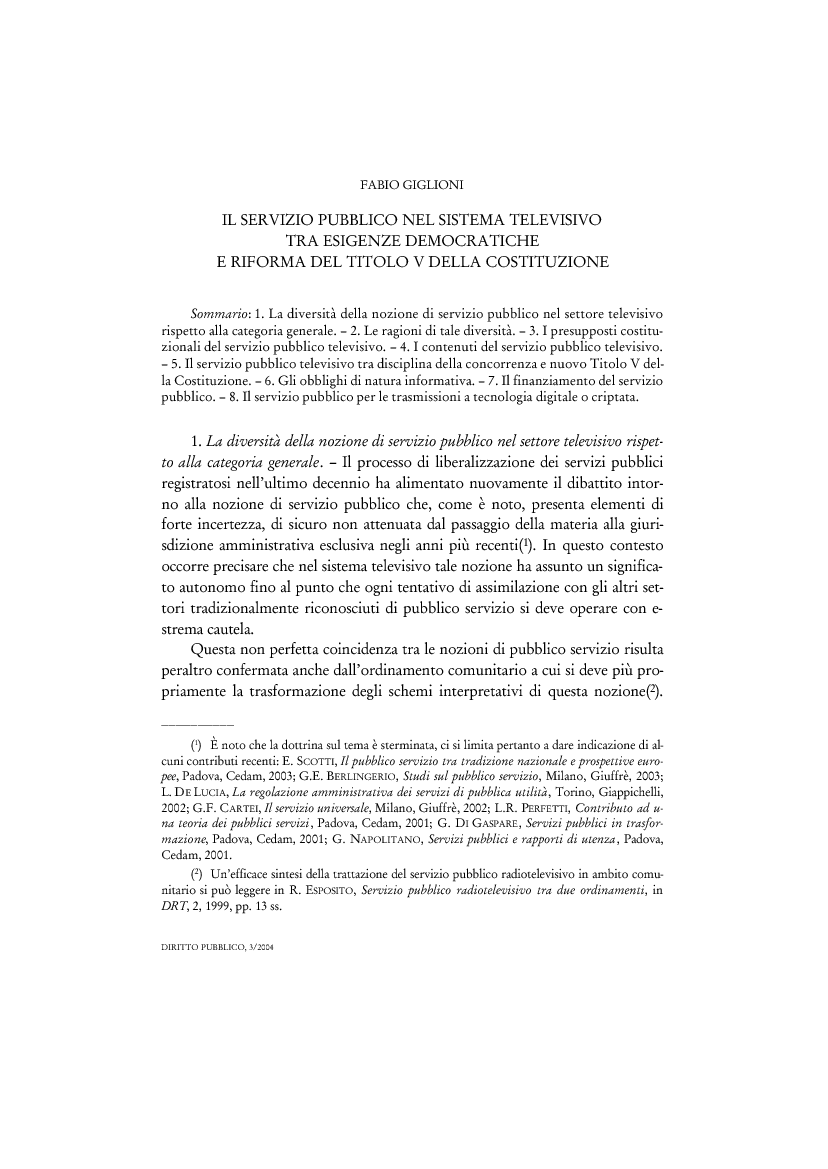