The need for the circulation of information between and among each of the public administrations for purposes of administrative collaboration - meaning being able to access and use, in real time and by means of telematic linkage, as a function of their own institutional activity, data and documents gathered and stored in organised fashion at another structure or public institution - has gained increasing importance within the framework produced by the process of administrative reform, which postulates the functional integration of the administrations for their internal requalification and in their outside relations. The article is dedicated to the reconstruction of the legal system of a specific figure - interadministrative telematic access - aimed at meeting this need. The analysis is performed on the basis of the two normative texts that set the general rules for the subject matter: the consolidation act on administrative documentation and the subsequent code of digital administration, pointing out the correspondences as well as their opposite. The reflection assumes as a necessary touchstone the potential antagonism - observable in the previously-mentioned normative developments - between the public interest in the efficiency of the public administration on the one hand, and the guarantee-oriented demand for the full safeguarding of personal data on the other hand. The conflict, impossible to eliminate, between the demand for functional integration between and among the different administrations and the division of competencies (and, consequently, of information, data and documents) among the various administrative apparatus, as a safeguard of the guarantee of privacy, in fact constitutes - in the face of technological developments that today make possible the realisation of interadministrative telematic access - the unavoidable question, that is also the most difficult to solve, raised by the organisational figure examined. The contribution sheds light on the complex intersection of competencies where the enumerable answer provided by the legislation in force is found, the key parts of which are formed by the regulations pertaining to the safeguarding of personal data and the computerised management of administrative documents, in an articulated arrangement of the roles of State, Regions and local authorities provided under the new Title V of the Constitution. 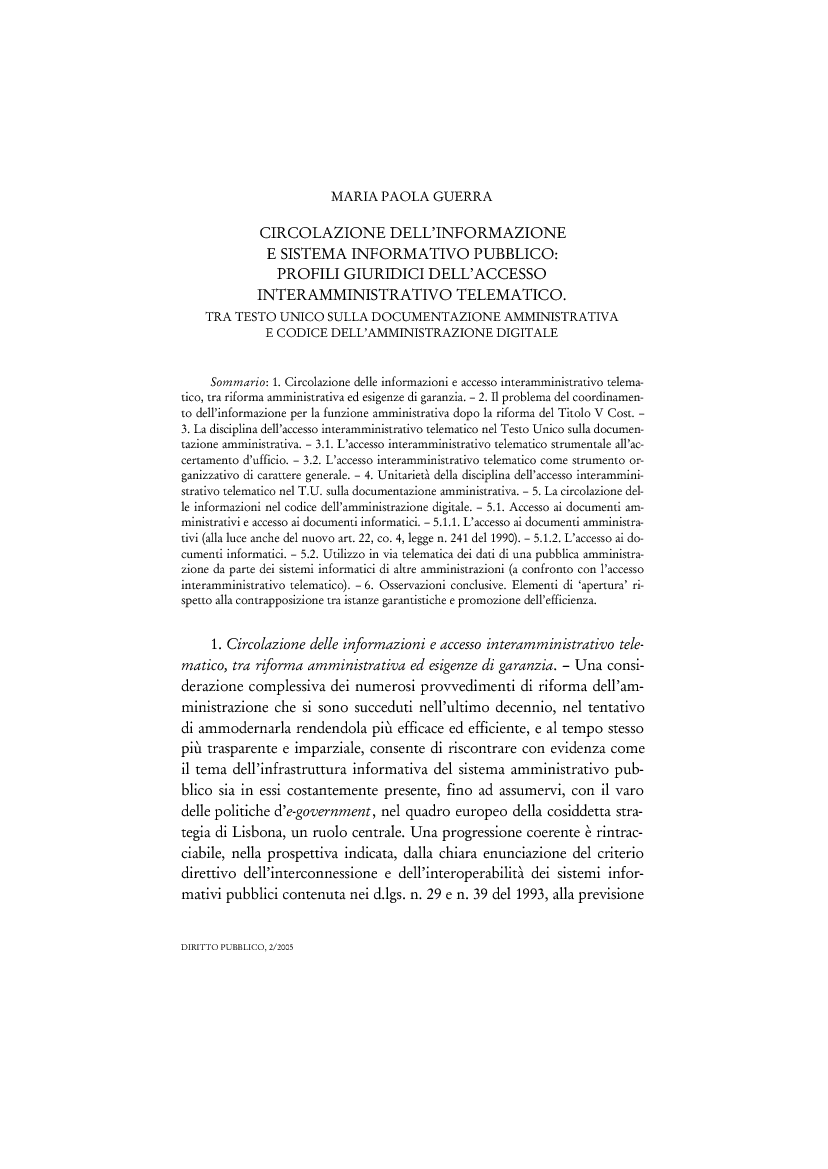