Legal integration is generally conceived as a necessary tool of European political and socio-cultural integration. This work sketches a brief history of discourse on legal integration since the earliest stages of the debate among EC law scholars. Legal integration has always been a key concept in legal literature on the EC, but the concept as such has never been fully discussed, at lease insofar as its relationship with the underlying conceptions of legal system. Different conceptions of the legal system cast light on different aspects of the legal integration process. It is possible to distinguish between normativist and institutionalist conceptions, and between two strategies for the foundation of the legal system's legitimacy, one provided by legal positivism and the other by natural law theory. An institutionalist perspective stresses the need for an integrated court system and for a common legal culture, and it prompts institutional initiatives aimed at forging such a unitary legal community. Natural law theory provides an external foundation to the claim of authority of the EC legal system - a foundation that cannot be reduced to the mere legality of treaties signed by sovereign States. From a positivist legal perspective, integration is a process that cannot be entirely regulated by any of the legal systems involved. Positivism identifies two main features of the process: the crisis relating to the division between internal and external factors with respect to legal systems, and the consequent deficit of legitimacy that affects integration processes. Positivism conceives legal integration as being a process of 'legal disorder' since the legal systems cease being sets of norms that regulate their own production in autonomous fashion. Institutionalism and natural law theory try to deal with this legitimacy deficit, the former through concrete actions and promotional campaigns, and the latter by providing a 'supplement of soul' to European integration and giving a pronounced ethical turn to legal discourse on the EC/EU. 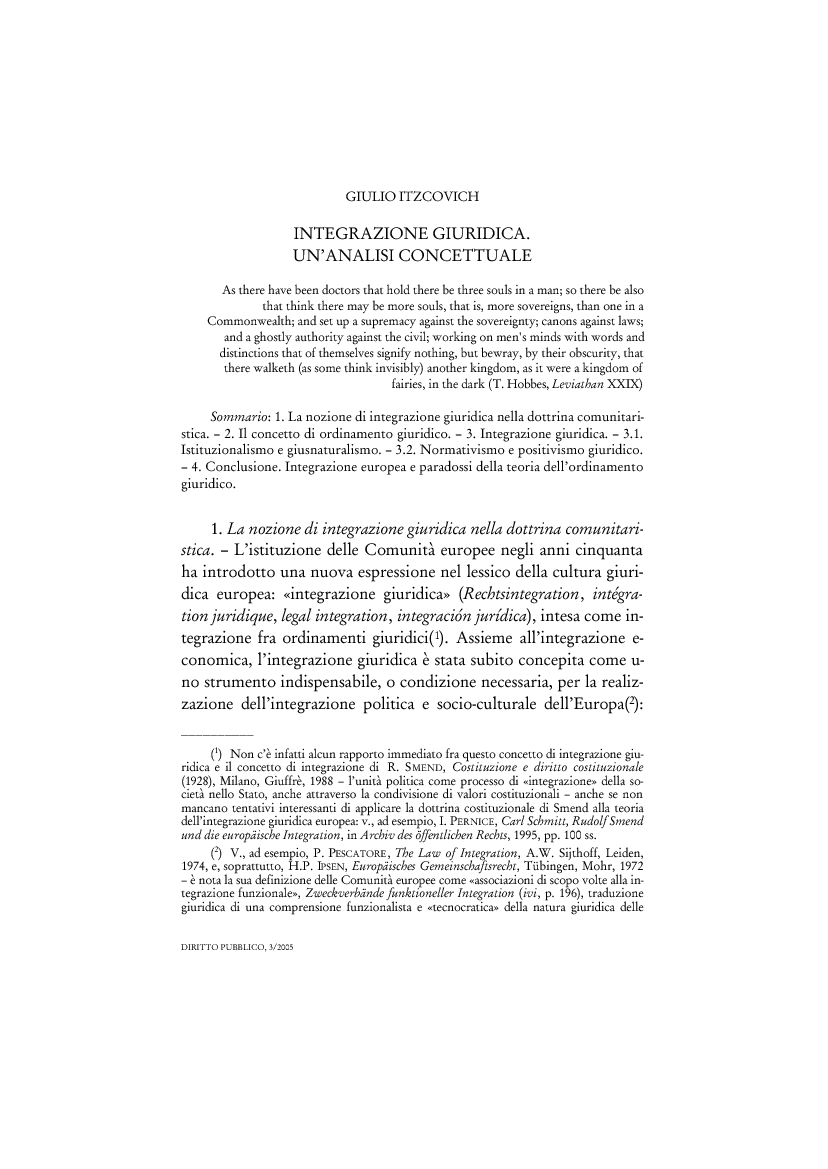