The work deals with the novelties that in the course of the year 2005 characterised French administrative law. The topics examined in this context are as follows: administrative cases, the power of the administrative judge to pass judgement on the constitutionality of laws, administrative contracts, accountability and the public company, public office and the state of urgency. As regards the topic of administrative cases, on the one hand the consolidation of the recognition of the power of the administrative judge to modulate over time the effects of his decision of annulment gets underlined. On the other hand, following in the footsteps of the jurisprudence of the European Court of Human Rights, the need is pointed out to guarantee the equal footing of the concerned parties in trials, which has called into question the role of the government commissioner in reaching a decision. Another important novelty reported is the emergence in the French system of a new contractual model - the public-private partnership - which closely follows the private finance initiative of English origin. As for the matter of public accountability, the growing importance of "responsabilité sans faute" is underlined, as well as the emergence of new theories of the accountability of the State for legislative acts. Likewise pointed out under this profile is how the accountability of the State is destined to mitigate the incapacity of local government institutions to execute decisions condemning them to make payment of compensation: in this case, it has been decided to allow beneficiaries of such sentences to turn to the State in order to obtain the sums owed as compensation for damages. Finally, the review dwells on the decreeing of a state of urgency following the events that characterised the French autumn and its repercussions on the matter of the observance/non-observance of the principle of legality. 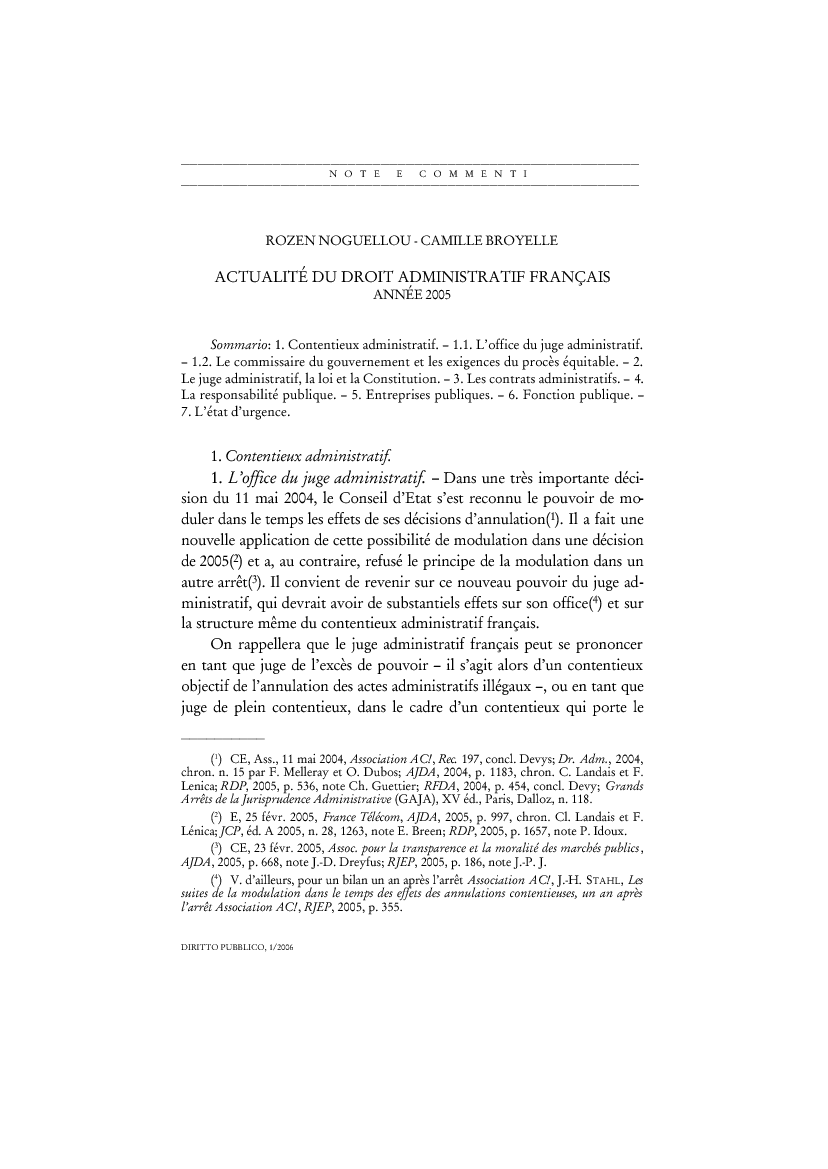