The first reflections on ecclesiastic policy that, more or less consciously, characterised the previous legislature give rise to some concerns, caused as much by the dangerous recovery of confessional ground, as by the continuous grant of economic advantages for the benefit of a close circle of religious confessions. In this regard, a set of measures comes into play, the best-known of which pertains to the ICI or Municipal Property Tax exemption, which only at first blush may appear compatible with the principle of horizontal subsidiarity and the most modern reforms inspired by the same. Actually, these provisions create a new system of tax relief without replacing previous forms of support but simply adding to them, thus causing new harm to the supreme principle of the lay state and the principle of equal freedom for religious confessions. 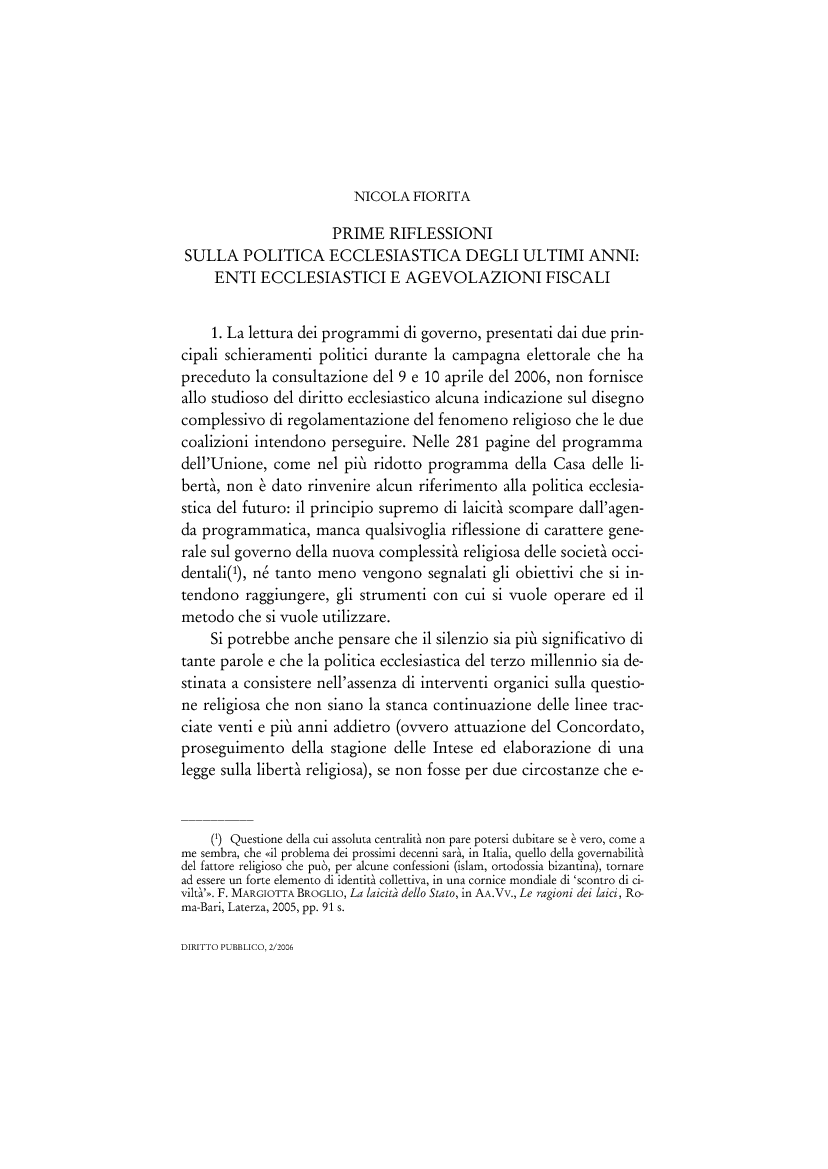