Taking its cue from the recent events that characterised the election of the tenth President of the Republic, the purpose of the present work is to attempt to resolve some knotty problems concerning the investiture procedure of the presidential organ. Three aspects form the object of specific reflection in particular. The first concerns the possibility of submitting official candidatures for the Presidency of the Republic, as well as, possibly, so many electoral programmes on the basis of which to participate in the election. Despite the existence of a regular practice in an opposite sense, it seems that, comforted by the nearly unanimous opinion of the doctrine, it can be stated that a legal mechanism for the submission of candidatures does not conflict with the constitutional principles and rules in the matter, and that it is indeed rather more responsive to the need for greater transparency in the elective procedure regarding the Head of State. The second question deals with the theme of the eligibility for re-election of the President of the Republic, attempting to refute the thesis - evoked even by former President Ciampi to justify his refusal of the invitation to stand again - according to which, in the silence of the Constitution, a convention, if not a constitutional custom, supposedly exists that prohibits the re-election of the President to a second term of office. One of the reasons put forward to maintain that, to the contrary, no prohibition on re-election exists is based on the fact that, otherwise, a form of political responsibility/accountability of the Head of State would fall by the wayside, such as that - and here we come to the third issue examined - which may occur in the presence of certain circumstances right at the expiration of the term of office, causing the sanction of failure to confirm the outgoing President. 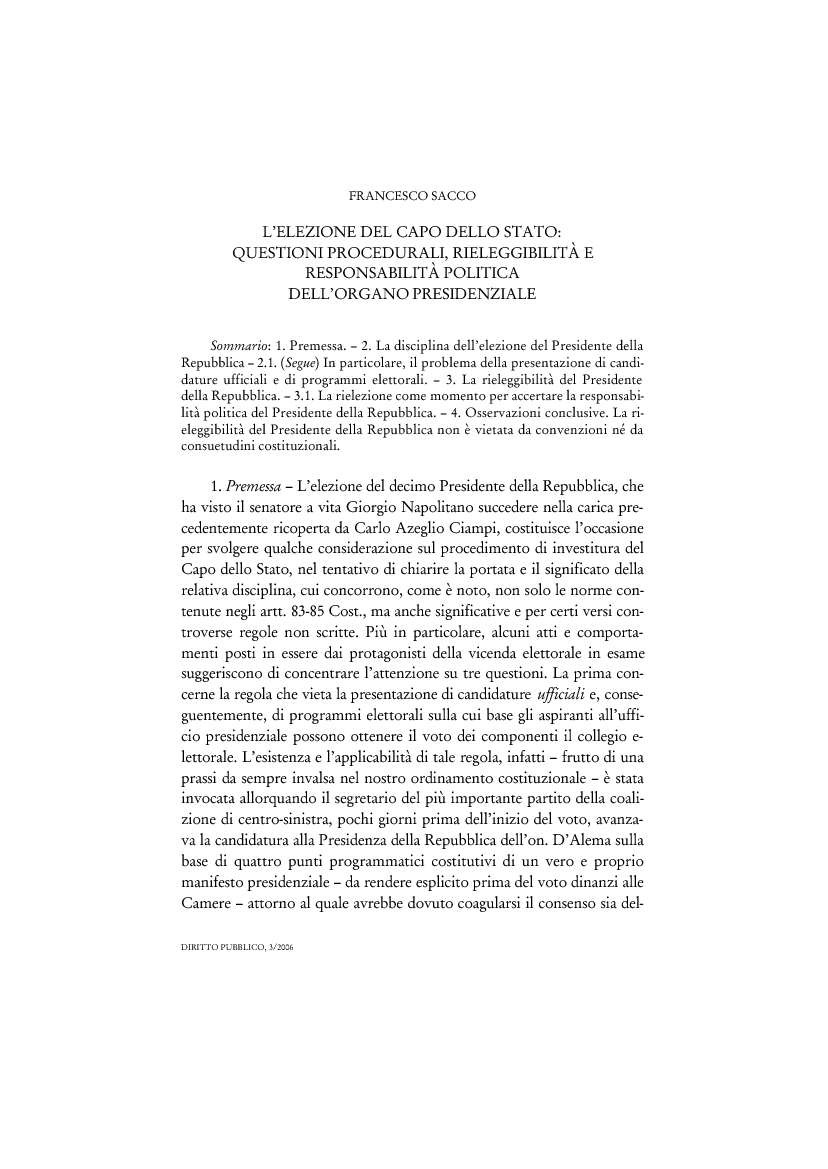