The work sets out to highlight certain profiles of the issue of urgent decrees that continue to give rise to perplexity and concern in the doctrine and, at the same time, to verify the role filled by constitutional jurisprudence in this delicate sector. Attention is focussed in particular on Sentence No. 171/2007, with which the Court - in bringing to a conclusion a not always consistent line of reasoning, continuing a process already begun with well-known sentence No. 29/1995 - declared unconstitutional a law by decree already converted into law, owing to a lack of the presuppositions of necessity and urgency. The arguments used by the Court - above all those concerning the distribution of competencies between Parliament and Government in terms of primary sources, in addition to discourse on the difference between law of conversion and ordinary law as per Art. 70 of the Constitution - appear subject to further applications. On the one hand, it could be maintained that even the legal flaw of unlawful reiteration may be transferred to the law of conversion; on the other hand, it would be possible to reconsider the relation between law by decree and law for regulating the relations arisen during the time when the law by decree, since lapsed, was in force, hypothesising a transfer of the question of constitutionality to the law as per the final section of Art. 77, including in the case of legal flaws proper to the decree. 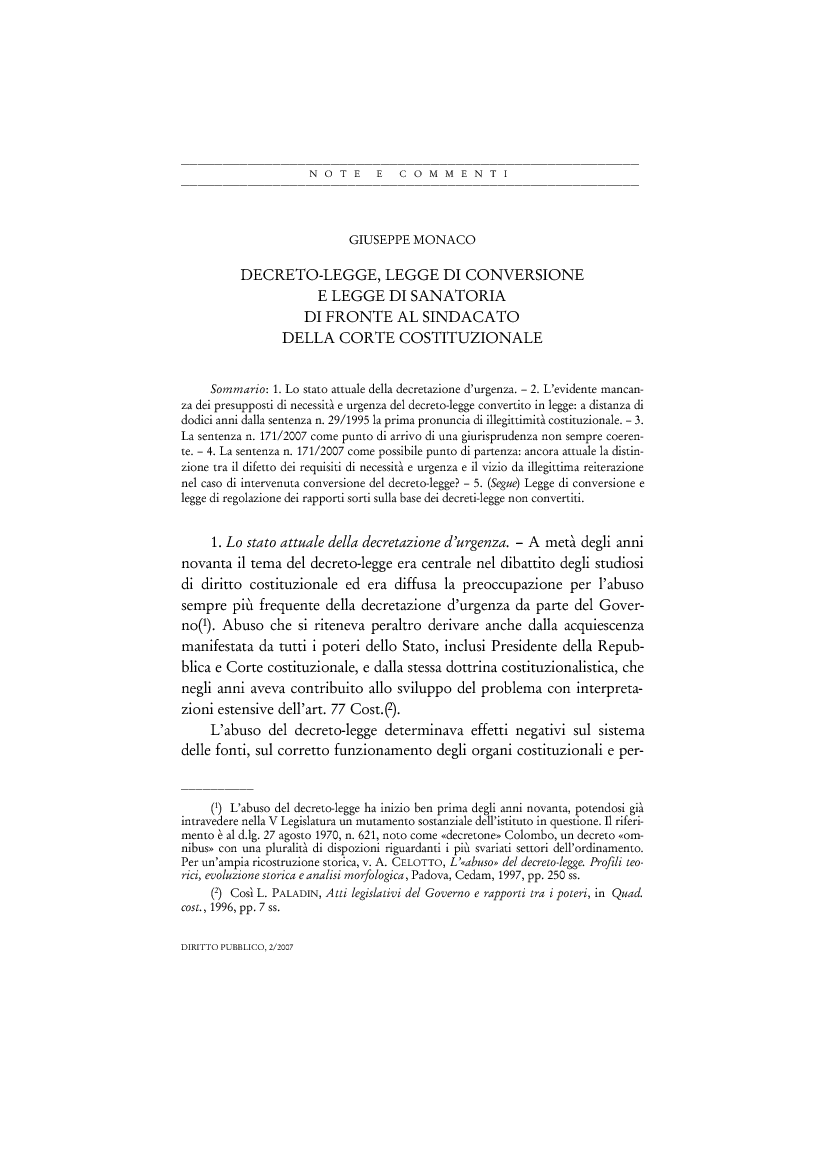