The age of secularisation, it is said, has come to an end. By now we are thought to be in a 'post-secular' phase. True, social action, in its many manifestations, has progressively freed itself of the metaphysical premises of the past. But this process, which lasted centuries, far from having definitively defeated theologicallyoriented objective conceptions of human reality, and far from having relegated them to the private sphere irrelevant for the public sphere, has provoked a counter-movement: post-secularism is thought to represent this contrary movement, caused by the crisis of rational subjectivity that marks the time when the subjects of secular life again turn constitutively, and not out of mere nostalgia or a search for inner comfort, to religion and the social services of which it is capable. 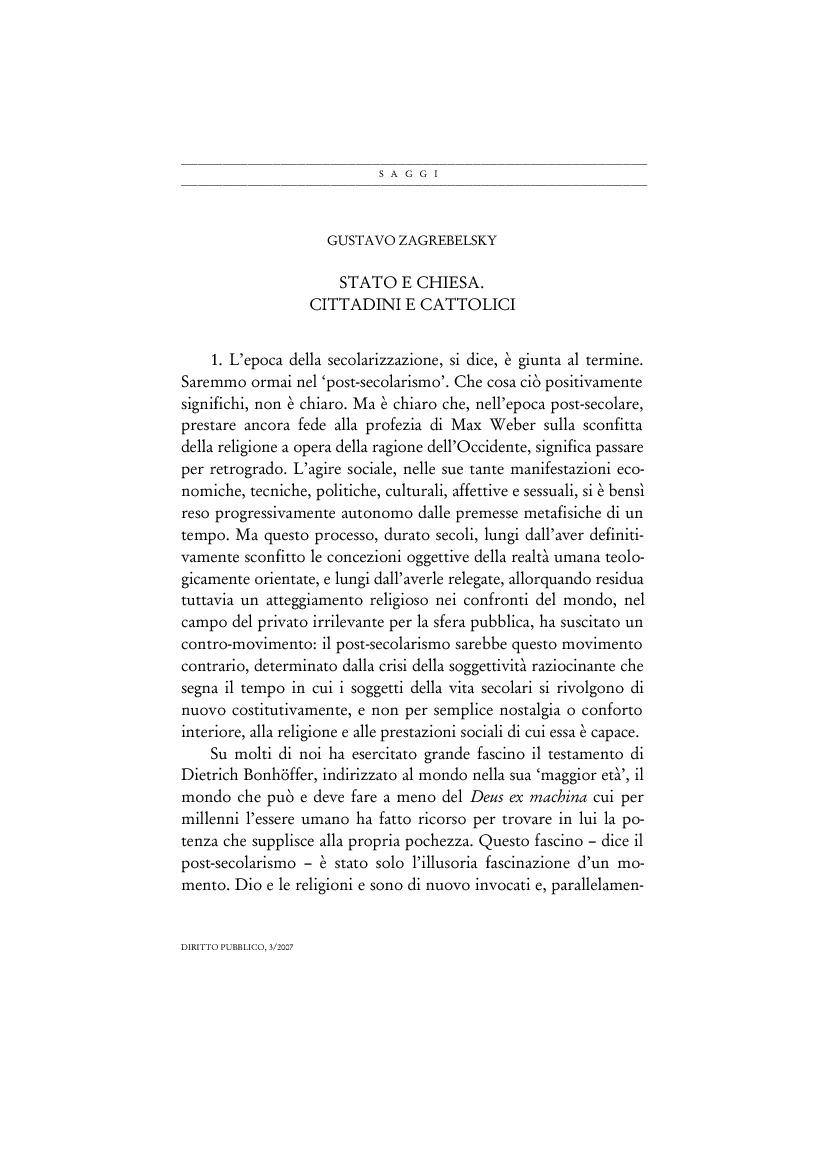