The work provides a review of the more recent developments in legislation pertaining to jurisprudence in French administrative law. In particular, the essay reviews the matter of new constitutional developments, with special focus on (a) the constitutional reform of 2008 and the introduction of an "a posterior" review of the constitutionality of laws by the Conseil Constitutionnel and (b) the relation between the constitution and EU law in light of the recent rulings of the Conseil d'Etat in 2007 and 2008. Another theme taken up is that of administrative legal cases, with specific attention to the profile of the application of the Law of 30 June 2000 in the matter of "référé" and to the assertion of the possibility on the part of the administrative judge to modulate over time the effects of cassation. Other themes dealt with include public freedoms (freedom of expression, religious freedom and the deportation of illegal immigrants in France), public utilities (where the author explores the evolution of the same notion) and public contracts (which over time have witnessed a proliferation of regulations and progressively denser jurisprudence, marked by a sort of dialectic between, on the one hand, the contractual freedom of public bodies and, on the other hand, the increased need for competition). Finally, the theme of public accountability is treated, examining in particular new developments in the matter of "responsabilité sans faute" of the public administration, the responsibility of the State for legislative acts and the responsibility of the State for the exercise of the jurisdictional function. 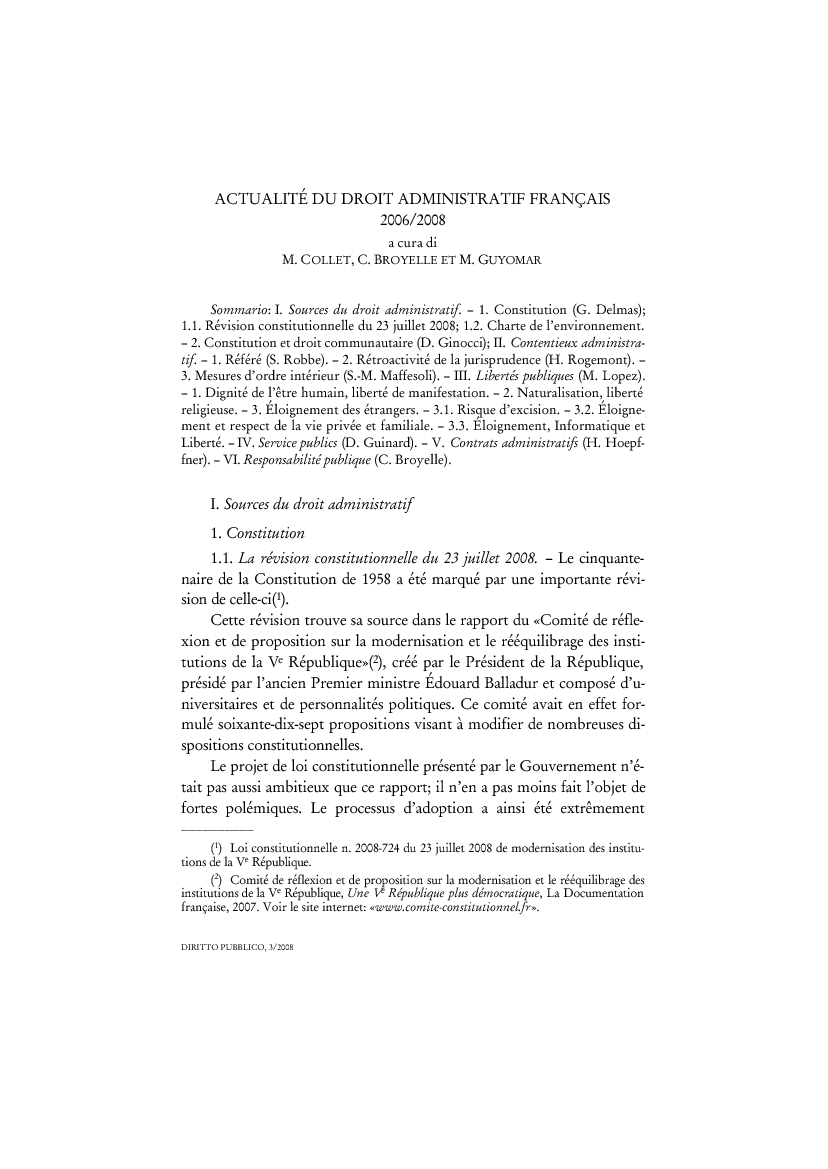