The complicated matter stemming from the exclusion from the list of candidates of the PdL from the regional electoral competition of 28-29 March in Lazio - and of the nearly contemporaneous exclusion of the listino (small list) linked to the candidature of the outgoing Governor of the Region of Lombardy, Roberto Formigoni, owing to irregularities in the authentication of the required signatures - concluded with the approval of Law No. 60 of 22 April 2010, which put right the effects and acts brought into being following the coming into force of Law by Decree No. 29 of 5 March 2010. The latter measure, immediately referred to in common parlance as the 'save-the-list lists decree,' represented, as is well known, the 'reaction' of the executive, directed toward orienting ope legis the administrative judges immediately called on to decide on the merits of the appeals filed following the 'messes' that occurred in the two Regions. The writing, beyond the punctual aspects, sets out to clarify a further problem area: that of the complex relations between national and regional sources in the matter of regional electoral legislation, which the 'special' arrangement of State-Region (those Regions under ordinary statute) legislative power under the 'new' Art. 122 of the Constitution has delineated. 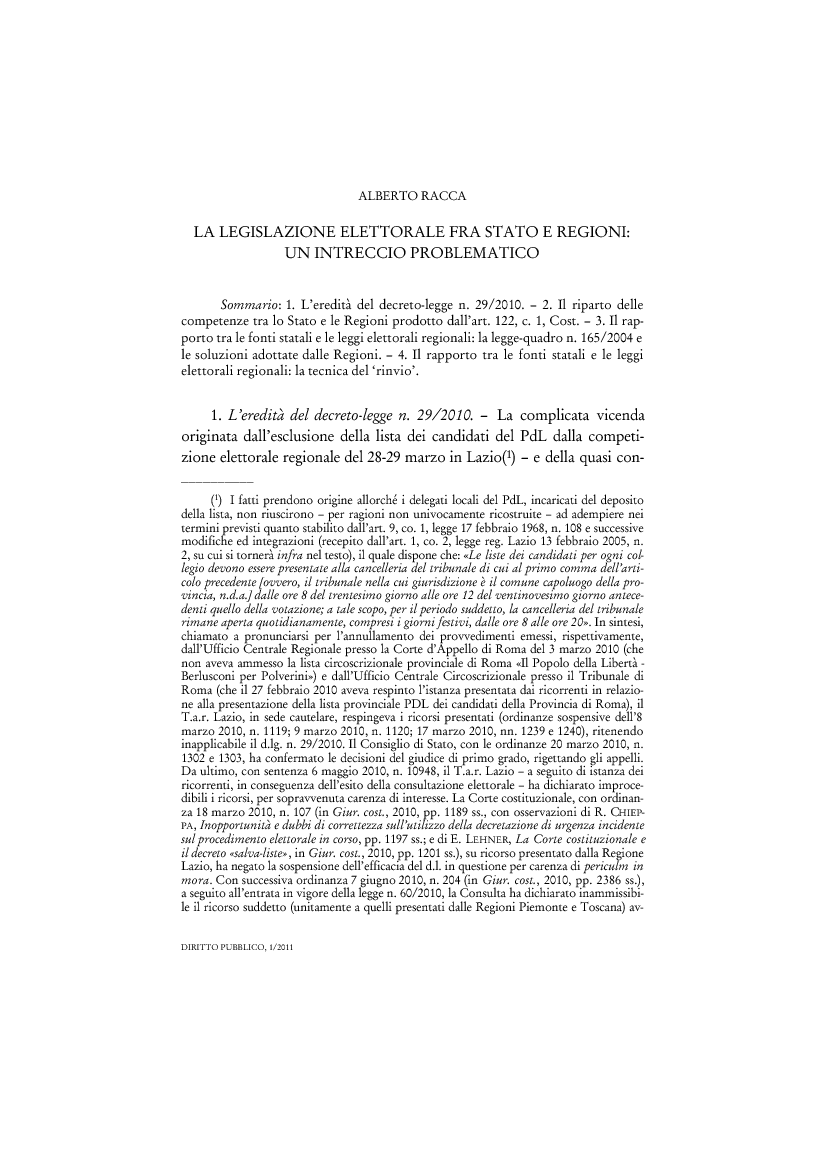